Facebook begins rolling out free calling through Messenger for iPhone in the U.S. 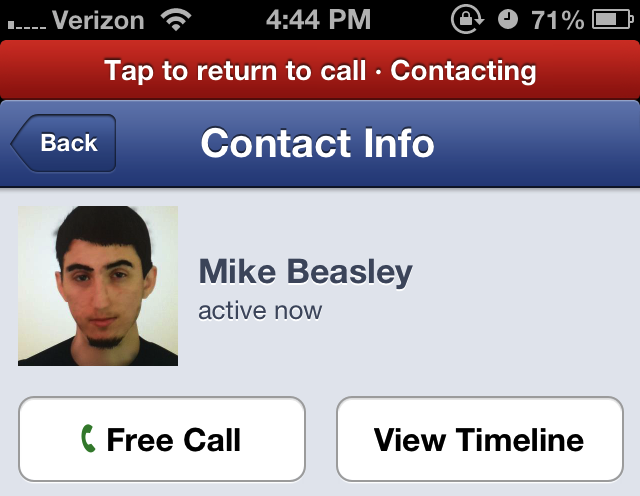 Facebook began rolling out free voice calls through the Facebook Messenger app today for iPhone users in the United States. According to The Verge, the feature was tested in Canada earlier this year an has now been released in the United States. To place a free call over Wi-Fi or a cellular connection, users just need to tap the “i” button in the upper right corner of an active chat and press the “free call” button seen above.

It seems the feature isn’t available for everyone just yet, but is expected to be soon. Video calling is also notably absent from this version of the app. The voice calling feature was rolled out through a silent update, meaning you won’t need to go to the App Store to get it. Just open up Facebook Messenger and check for the “i” button in a chat.