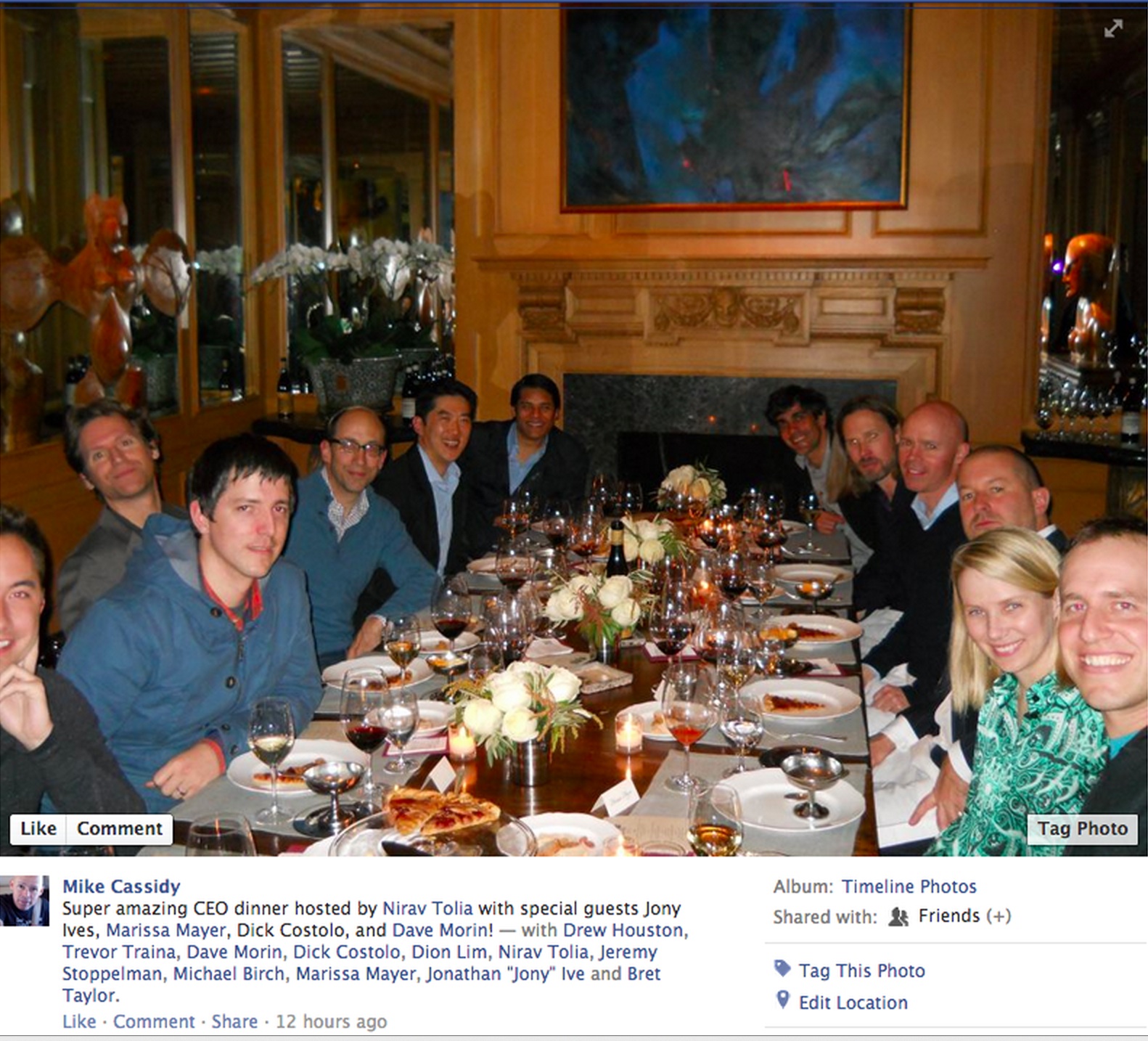 Author Ad Placeholder
Will only appear on redesign env.
Yahoo CEO Marissa Mayer hosted a Silicon Valley CEO dinner last night with some pretty notable guests. (If I’m not mistaken, the menu consisted of pizza. Yahoo is still on a budget.) The full list of power-execs is below, but you’ll notice that seated next to Mayer is Apple Senior Vice President of Industrial Design Jony Ive.

The rest of the guest list included Facebook’s former CTO and the Director of Google X….

Dion Lim, education startup CEO: Lim hasn’t revealed the name of his latest venture yet. He’s close to dinner host Tolia; the two cofounded Round Zero, a business-networking group popular in the dotcom era, and Epinions, a product-reviews site.

Nextdoor CEO Nirav Tolia: Tolia was the face of Yahoo in the 1990s, frequently appearing on TV to promote properties like Yahoo Finance. He now runs Nextdoor, a private social network for neighborhoods.

Yelp CEO Jeremy Stoppelman: Mayer, an early and enthusiastic user of Yelp, tried to buy the local-business-reviews site when she worked at Google.

Bebo cofounder Michael Birch: After selling his social network to AOL for $850 million, Birch now focuses on nonprofit efforts like Charity:Water and running a startup incubator.

Apple SVP Jony Ive: After executive Scott Forstall’s departure, Ive gained oversight over Apple’s software design as well as its hardware products. As such, he’s a critical contact for pretty much everyone in the room.

Yahoo CEO Marissa Mayer: She has work or personal connections to almost everyone in this room.