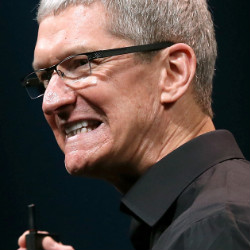 The judge said she was disappointed that senior executives at the companies involved hadn’t been deposed before yesterday’s hearing over whether she should certify the case as a group lawsuit. The class would include different categories of employees whose incomes, their lawyers argue, were artificially reduced because of the collusion. Koh didn’t rule on class certification.

Employees brought on the private lawsuit, but it mirrors complaints settled with the U.S. Justice Department following an initial antitrust probe in 2010. In the settlement that resulted from the 2010 probe, the Justice Department claimed the companies kept “do-not-call” lists to avoid issues of poaching, but it also said the agreements could hurt competition and employees. According to the Department, Apple and Adobe executives entered an agreement in 2005 to not  “cold-call” each other’s employees. The report also claimed Apple and Google created a do-not-call list in 2006, while Apple and Pixar, as well as Google, all entered similar agreements with Intuit and Intel in 2007.