Barack Obama’s second United States Presidential Inauguration will be held this morning at 11:30 a.m. EST in Washington DC.  The event will feature music

headliners like Beyoncé (National Anthem), James Taylor, and Kelly Clarkson.  The President was actually sworn into office yesterday, but all festivities will be held today.  There will also be a parade to round out the day’s celebrations.  You can stream the event on your iPhone, iPad, or iPod with the Inaugural 2013 iOS app. The app was created by AT&T, but you can use it on any cellular carrier. 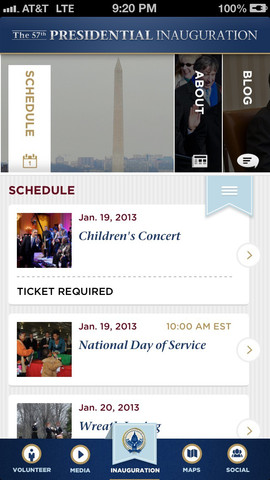