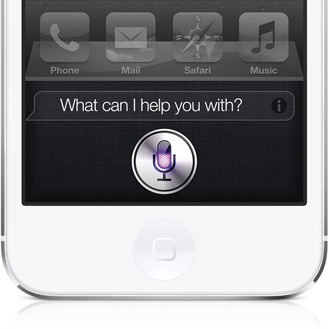 Verizon once tried to add Siri’s technology to Droid smartphones long before Apple purchased the voice assistant app, according to a recent report by The Huffington Post.

The carrier inked a contract with the startup in 2009 to bring its functionality to devices, and it even went ahead and filmed commercials for the pre-installed product (Tipsters? Send it to us!). Then, Apple bought Siri. The deal with Big Red immediately went bust, as Apple now owned the rights to what has since become one of the iPhone’s most famous features and subsequently stopped the competition from adding the app to their devices.

Verizon thought so, too. In the fall of 2009, several months before Apple approached Siri, Verizon had signed a deal with the startup to make Siri a default app on all Android phones set to launch in the new year. When Apple swooped in to buy Siri, it insisted on making the assistant exclusive to Apple devices, and nixed the Verizon deal. In the process, it narrowly avoided seeing Siri become a selling point for smartphones powered by its biggest rival, Google. (Somewhere in the vaults of the wireless giant, there are unreleased commercials touting Siri as an Android add-on.)

Its first and only app had barely been available for two full months. And now Siri — and its future — belonged to Apple.

“It was a storybook ending — or beginning, you can call it,” Kittlaus says.

Kittlaus is, of course, Siri’s cofounder, Dag Kittlaus, who also explained how he got a phone call from Apple CEO Steve Jobs asking to meet and discuss the future of his startup. After talking, Apple quickly made an offer to buy the technology.

The Huffington Post’s lengthy “Siri Rises” profile goes into more detail about the acquisition, as well as Siri’s early beginnings as a Defense Department project to its worldwide début on iOS 5. Check it out.