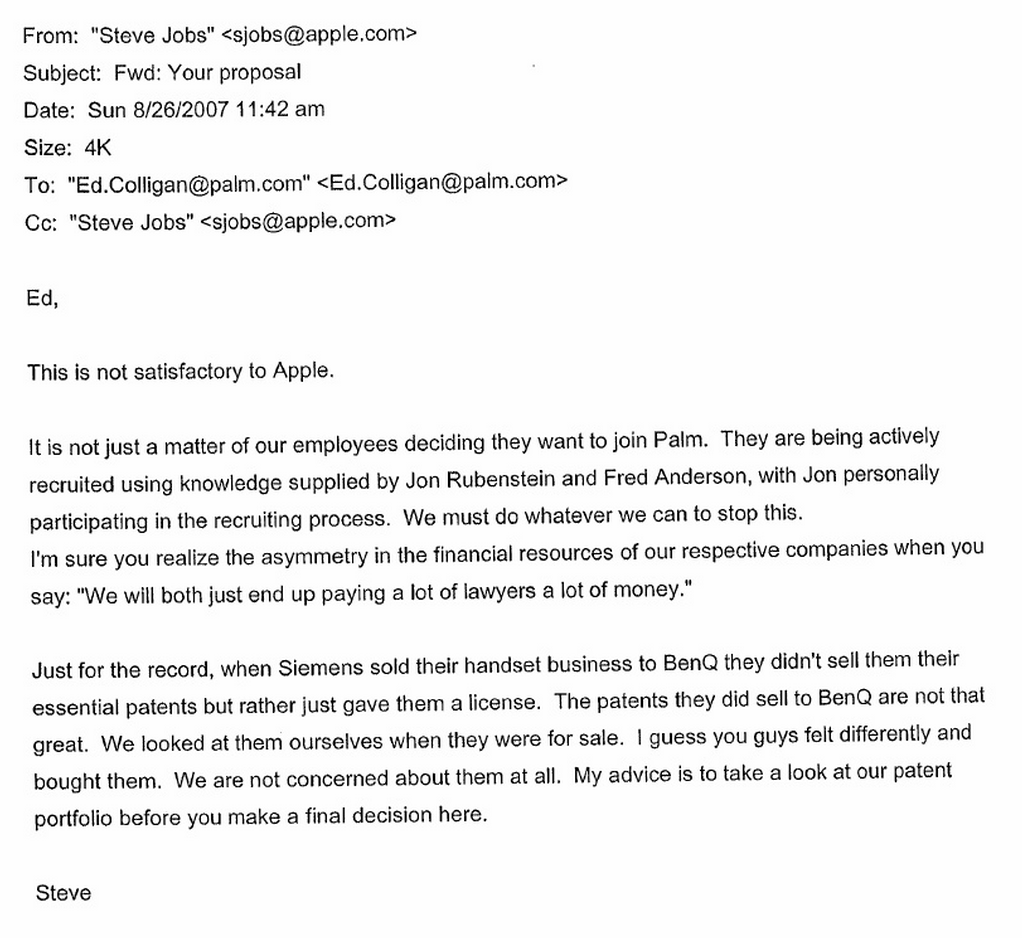 Reports surfaced in August 2009 that Steve Jobs approached former Palm CEO Ed Colligan about entering an agreement to not poach employees from each other’s company. Today, Reuters pointed us to recently revealed court documents that show Jobs threatened patent litigation if Palm would not agree to stop hiring his company’s employees. The documents include email communications between Jobs and Colligan regarding poaching of employees and come from a civil lawsuit brought by five employees against Apple, Google, and others.

“Mr. Jobs also suggested that if Palm did not agree to such an arrangement, Palm could face lawsuits alleging infringement of Apple’s many patents,” Colligan said in the statement.

Below are some of the court documents becoming part of public record after a request to keep them secret was denied by U.S. District Judge Lucy Koh in California. The documents include statements from Palm CEO Ed Colligan to a District Court in California, as well as emails exchanged between Colligan and Jobs.

Earlier this month, Bloomberg reported that U.S. District Judge Lucy Koh had ordered Apple CEO Tim Cook, along with executives from Google and Intel, to give a deposition in the ongoing anti-poaching lawsuit. Employees brought on the private lawsuit, but it mirrors complaints settled with the U.S. Justice Department following an initial antitrust probe in 2010.