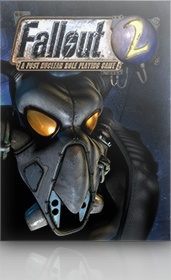 In October 2012, online game retailer GOG.com announced it would bring a large portion of its classic game catalog to Macs starting with more than 50 titles. It has since added many more titles for Mac gamers, and it today announced the addition of 10 new Mac games including popular titles like Fallout 2, Sid Meier’s Colonization, and Postal 2.

This grouping of games has award-winning titles in practically every genre. For strategy games we see the works of industry legend Sid Meier’s in Alpha Centauri, and the hard to find expansion pack “Alien Crossfire”, as well as Sid Meier’s Colonization. Conquest of the New World, a historical strategy sim, is also added in today’s release. For fans of pulse-pounding action,Freespace, Terminal Velocity, and the controversial Postal 2 are sure to delight, while RPG lovers are well taken care of, with Fallout 2and Ultima 7 now fully supported for Mac operating systems.

GOG.com, the digital distributor of the best games in history for both PC and MAC, has added Alpha Centauri and the Alien Crossfire expansion,Fallout 2, Legend of Grimrock, Sid Meier’s Colonization, Postal 2, Ultima 7, Freespace 1,Terminal Velocity, Conquest of the New World, and the Blackwell Bundle are now officially supported by GOG.com, bringing the total of Mac games to just shy of 100.