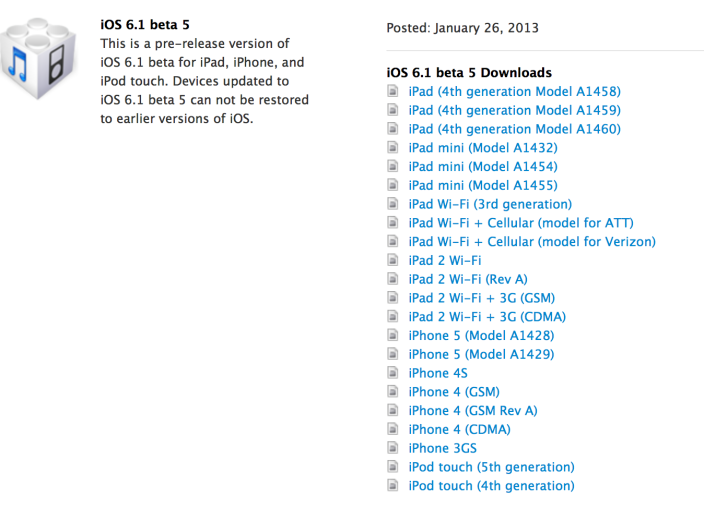 Apple has released a fifth beta of iOS 6.1 to registered developers. It is currently available via Apple’s iOS developer center. iOS 6.1 runs on the iPhone, iPad, and iPod touch, and includes a number of enhancements for both users and developers. For example, developers are welcoming new iOS Maps APIs to better integrate Apple’s mapping database into App Store apps. End users will find new features such as movie ticket ordering via Siri, improved lock screen media controls, and various other tweaks. Apple hasn’t announced when iOS 6.1 will be released to the public. Thanks, Matthew!

Update: We’re now hearing some interesting things about this beta from the hacker community:

Despite the odd beta naming, as @winocm discovered, this is actually releaseable as public 6.1 at Apple's will. Good! Home stretch....

@winocm the build number doesn’t look like a beta build either.

Interesting thing about the iOS 6.1 Beta 5 release is that it has the build ID of a final, not that of a beta.