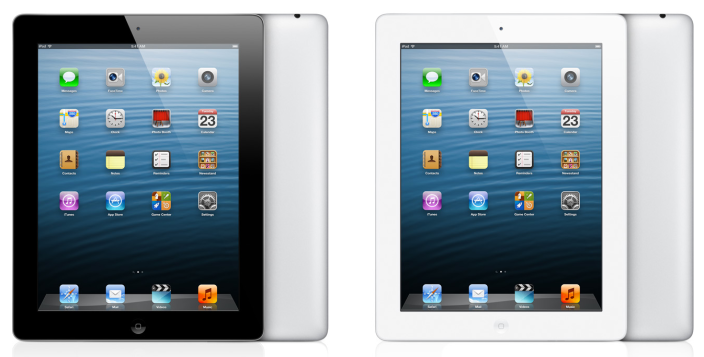 We’ve gotten word from sources that Apple is preparing to release (in some fashion) a single, additional iPad model. This would be a new SKU for the current fourth-generation iPad with Retina display line. At this point, we do not have pricing information, so it is definitely difficult to pinpoint exactly what this new iPad model is.

Here is what we do know:

With developers finding code in the soon-to-be-released iOS 6.1 that points to 128GB iOS devices, and with recent findings of 128GB references in Apple’s recent iTunes 11 release, speculation naturally points to Apple releasing a 128GB iPad in the very near future. While it is certainly plausible that this new iPad model is the 128GB iPad, we are currently not confident enough to outright claim that, but it seems likely based on the evidence.

Update: We’ve received pricing information for this new iPad model. The pricing is in line with a higher storage capacity, coming in at around $799 for the WiFi-only model and $929 for the Cellular-compatible model in the United States. So, new capacity sounds even more likely.

Here are the new SKUs via a source at a high-profile U.S. retailer:

The P101 and P103 names are Apple’s internal nomenclature for the WiFi-only and Cellular-compatible fourth-generation iPads, respectively. Both of those models comes in 16GB, 32GB, and 64GB configurations. These storage sizes are known as “GOOD,” “BETTER,” and “BEST,” respectively. As you can see in our table above, Apple is preparing to release the additional “ULTIMATE” model. “ULTIMATE” frequently refers to the most premium or highest capacity model available. The “A” points to a black configuration, and “B” stands for the white option.

Additionally, we’re currently not hearing about any imminent launches for a new iPad mini model.

It is possible that Apple is adding a new fourth-generation iPad SKU that is specific to government agencies, retail, or for other internal uses (this is something Apple has done before with other product lines). It is also possible that this model includes a feature (or features) other than 128GB of storage, but the current iPad’s technical specifications and feature-set does not seem in need of an imminent update. An iPad redesign is reportedly due this fall.