Is this the back of Apple’s redesigned fifth-generation iPad? 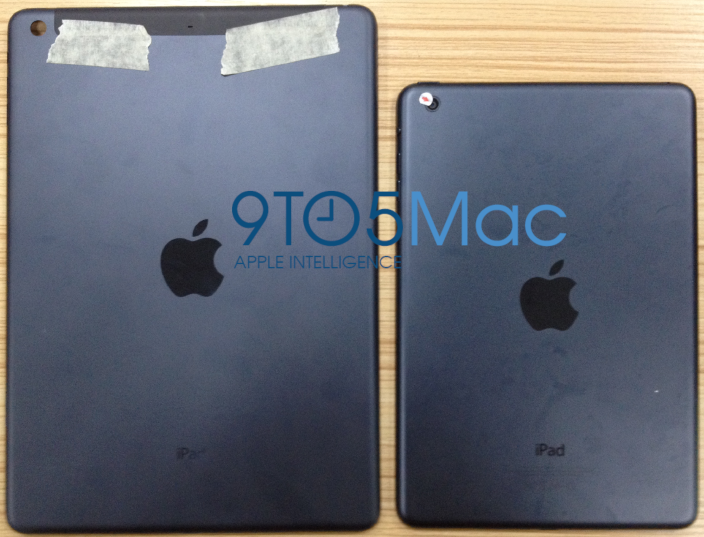 Over the past few months, multiple rumors have pointed to Apple’s fifth-generation iPad being in development with a design akin to the recently launched iPad mini. That design would likely feature the black & slate/white & silver design language, thinner casing, chamfered edges, and a smaller overall footprint. Today, we received an unverified image from a purported China-based iPad accessories maker, an industry that seems to frequently tip off Apple’s future product designs, of the back plate for the next iPad. 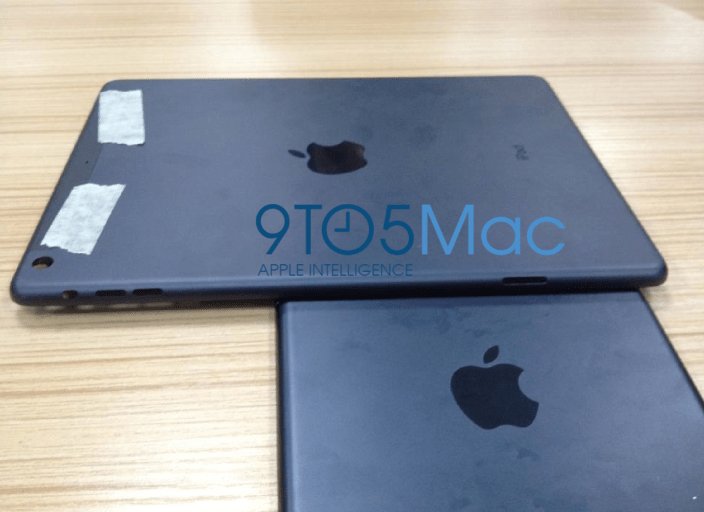 While we cannot confirm that the above image is legitimate, it does provide a solid representation of what Apple’s next iPad will likely look like. We were told this is a prototype back piece for the fifth-generation iPad with a 9.7-inch display. We were also told that the casing is almost as thin as the iPad mini’s back (pictured to the right). As you can see at the top of the purported iPad 5 backplate, this casing would likely be for an LTE model – as the black antenna cut implies.

More photos and information after the break: 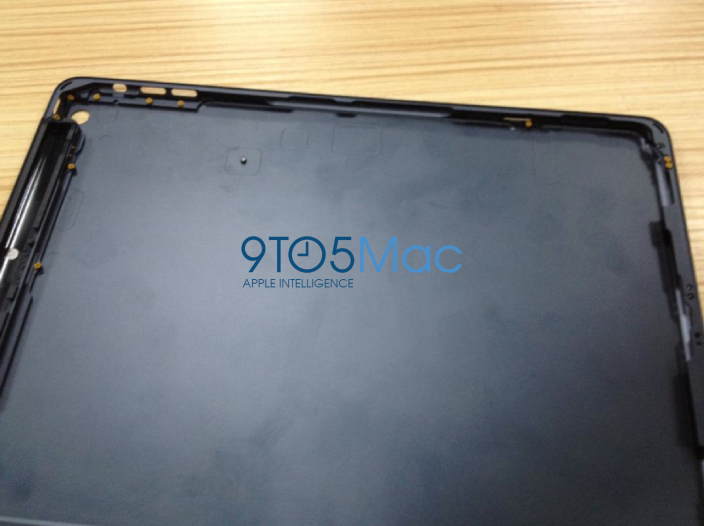 If the next iPad design was, in fact, considered for a spring-time launch, the fact that casings are floating around China right now should be taken as no surprise. Either way, the first accurate images of the iPhone 5 backplates and parts surfaced around five months before that device’s release.

Yesterday, we reported that Apple is planning on releasing a new fourth-generation iPad model that may feature 128GB of on-board storage. As pointed out by John Gruber, this mid-cycle update could infer that the fourth-generation iPad’s successor truly is not ready to go until later this year:

If this 128 GB iPad 4 thing is true, I take it to imply that the iPad 5 isn’t coming until later in the year, and that this is a way for Apple to make a little news, keep the lineup fresh, and raise the bar on tablet storage capacities.

Other products in Apple’s 2013 pipeline likely include an “iPhone 5S,” a budget, plastic version of the iPhone, and a new iPad mini (possibly with a Retina display).