Peak Mac — Will Apple ever sell 5M Macs in a quarter again? 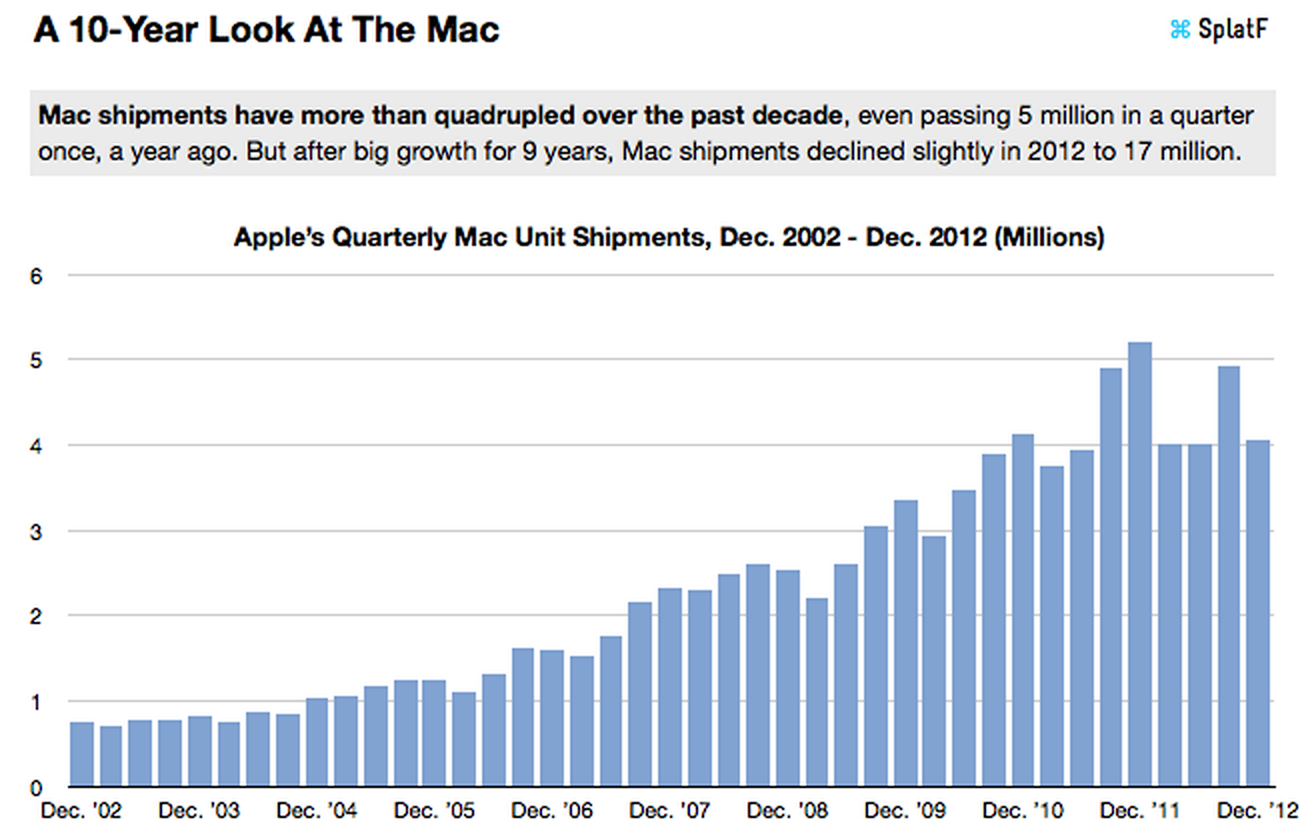 Dan Frommer wrote a post that I was going to write but never finished. His is better anyway. The not-recommended TL;DR is: Even though CEO Tim Cook said there were plenty of reasons (5) for the decline of Mac growth, including iMac constraints, Mac sales for the year are heading toward “flat.” From our liveblog, you can hear Cook’s comments specifically:

On declining Mac numbers: Cook: “If you look at the previous year, our Mac sales were about 5.2M. The difference is 1.1… iMac were down by 700k units Y-O-Y…. There were limited weeks of ramping on these products (iMacs) during the quarter.” We left the quarter with significant constraints on iMacs. Our sales would have been significantly higher… Our channel inventory was down by over 100K units at the beginning of the quarter.

–Cook says market for PCs is weak… “we sold 23 million iPads, we obviously could have sold more than this because we could not build enough iPad minis to come into a demand balance… Im sure there was some cannibalization of Macs there.” If you look at our portables alone we were inline with IDC’s projections of market growth.

While not making enough iMacs for Christmas shopping was a significant and uncharacteristic operational misstep, it doesn’t account for the significant drop in Mac sales overall year-over-year and even sequentially. iMacs and desktops in general have been a declining component of the Mac market as MacBooks take over the space, so even a significant drop in iMac sales wouldn’t account for a 20-percent drop year-over-year and sequentially. Apple also released new Mac Minis and 13-inch Retina MacBook Pros in the quarter, and the rest of the Mac lineup (including the Mac Pro) was updated just a few months before the quarter began.

Cook rationalized why Macs weren’t even flat and are “inline with IDC’s projections,” even though Macs have outgrown the market for something like 20 consecutive quarters previously.

Without a major hardware change or drastic price cuts, it is hard to imagine Apple having another 5 million Mac quarter. It would seem that, like iPods a few years ago, Macs have peaked. Apple’s iPods were cannibalized by iPhones.

The good news is that Apple is cannibalizing its own Mac growth (as well as overall PC growth) with its own high-margin iPads—and lots of them. In fact, Macs now represent significantly less than 15 percent of the total of combined numbers (below and corresponding revenues). 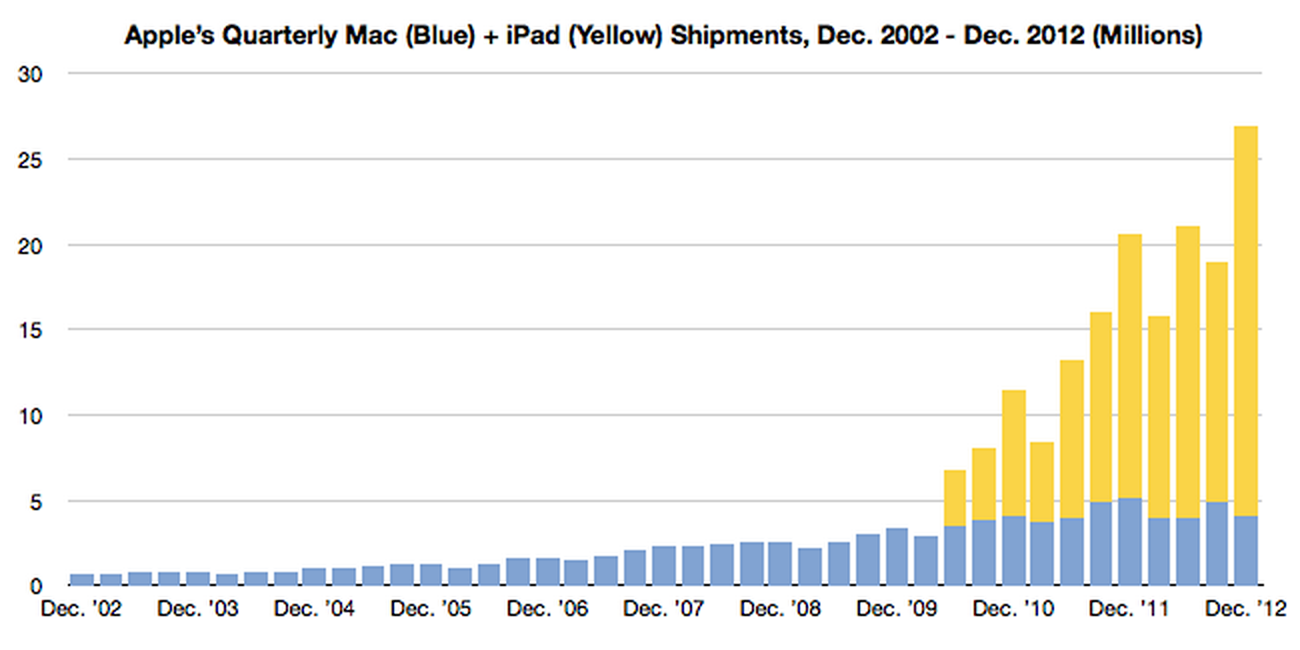