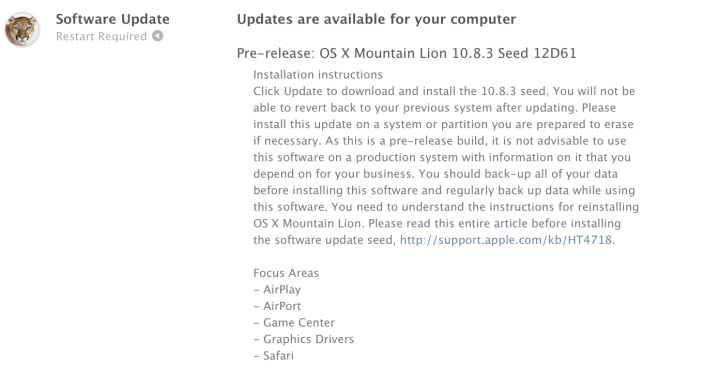 Less than a week since the last beta for developers, Apple has seeded build 12D61 of the upcoming OS X Mountain Lion 10.8.3 update to registered developers and AppleSeed software testers. Apple tells developers and testers to focus on AirPlay, AirPort, Game Center, Graphics Drivers, and Safari. In previous builds (and in this new one), Apple says that it has made significant enhancements to WiFi performance. Thanks to everyone who sent this in!