Apple will stop selling its current Mac Pro professional desktop computer in Europe on March 1st, according to our sources. 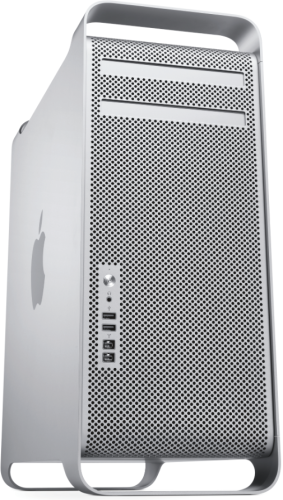 While the Mac Pro has been seen as an Apple product nearing discontinuation because of its small user-base, lack of significant promotion by Apple, Apple’s strategy of moving into the “post-PC” era, and, perhaps, most controversially, the lack of a notable update in a few years, none of these are seemingly the reason for the imminent discontinuation. Apple sent the following letter to resellers:

As of March 1, 2013, Apple will no longer sell Mac Pro in EU, EU candidate and EFTA countries because these systems are not compliant with Amendment 1 of regulation IEC 60950-1, Second Edition which becomes effective on this date. Apple resellers can continue to sell any remaining inventory of Mac Pro after March 1. Apple will take final orders for Mac Pro from resellers up until February 18th for shipment before March 1 2013. Countries outside of the EU are not impacted and Mac Pro will continue to be available in those areas.

According to people familiar with the matter, the Mac Pro will be discontinued in Europe because the current generation of the product does not meet a new European product regulation standard. This regulation, Amendment 1 of regulation IEC 60950-1, Second Edition, goes into effect on March 1st of this year. It only affects Europe, EU Candidates, and select surrounding nations (like the EFTA: Switzerland, Liechtenstein, Iceland, and Norway.), and Mac Pro sales will continue in all other regions.

A checklist with the new standards is available online. The new product certification standards in Europe appear to be mainly connected to internal components such as power supply parts and wiring. It is currently unclear which aspects of the new standards are not met by the current Mac Pro line…

Apple Stores and Apple resellers in Europe that have left-over stock of the current Mac Pro after March 1st will likely be able to continue those sales. New shipments, however, after that March date will not occur.

Of course, these new standards do not block Apple from selling a new generation of its Mac Pro in Europe. Apple’s next Mac Pro design will surely be built with Europe’s new product standard in mind.