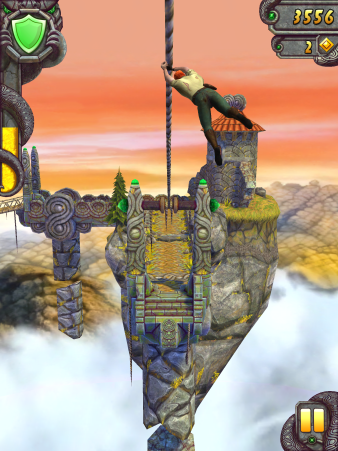 Imangi Studios today announced that Temple Run 2 has been downloaded over 50 million times on iOS, Android and Kindle devices. Reaching the milestone in 13 days breaks the previously set record for the fastest growing mobile game*… Following a release on Google Play and Amazon Marketplace, the sequel continued its record-breaking success, racing to the #1 spot, respectively, in each store.

“Temple Run has evolved into something so much bigger than us,” says Keith Shepherd, co-founder of Imangi. “The game has performed beyond our wildest dreams, and we are thrilled that gamers and fans have embraced Temple Run 2 in such a short period of time.”