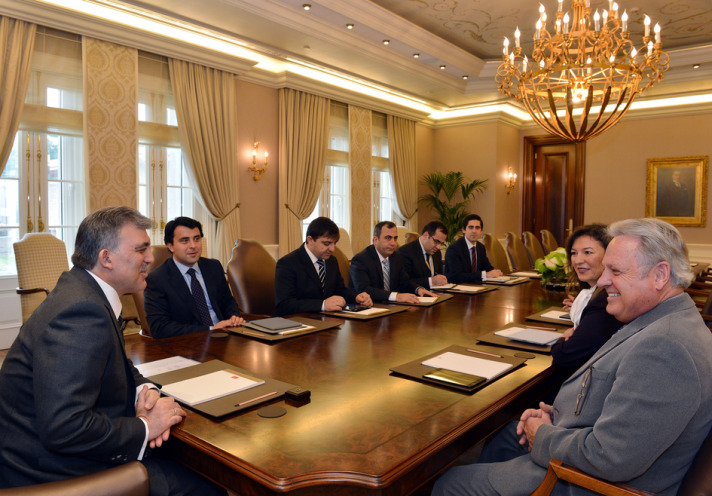 Apple Vice President for Education John Couch and other company executives met with Turkish President Abdullah Gül on Friday, according to the country’s presidential website that also posted a photo and video of the meeting.

Among the primary topics addressed during the meeting was Turkey’s tablet initiative, a $4.5 billion program to provide as many as 15 million tablets to Turkish schoolchildren. Apple has reportedly been pushing for the contract, but negotiations are said to still be underway. Also discussed was the layout of the older Turkish “F-keyboard” on iOS devices, which has several keys located in the wrong positions.

President Abdullah Gül on Friday complained to officials from US technology giant Apple about the second-class treatment Turkey receives from the company, whose products reach the Turkish market several months after they are introduced in other countries.

The report said Gül asked Apple to stop its practice of launching products late in Turkey and requested the company open authorized stores in the country. Couch allegedly said he would speak with Apple CEO Tim Cook about the issues, while Gül further asked Apple to include the Turkish language and F-keyboard in products.

There are no other immediate details about the meeting.