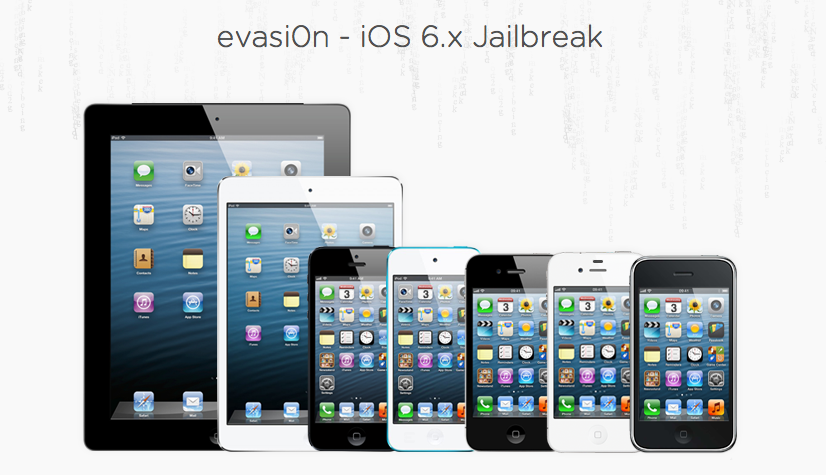 iOS 6.1 was released just last week, but there’s already a public jailbreak available, thanks to the work of a new team of hackers known as Evad3rs. The jailbreak, called “evasi0n,” works on all versions of iOS from 6.0 and up, and it supports all current iOS 6.1 devices except the third generation Apple TV. According to the Evad3rs team, the following devices are supported on iOS versions 6.0 through 6.1:

The “untethered” status means you can safely reboot your device without having to worry about losing your jailbreak or any of the built-in features, as opposed to a “tethered” jailbreak that requires you to plug your device into a computer and re-run the jailbreaking app anytime you reboot it.

Before you download, here’s a bit of advice from the team:

The tool is available for Mac OS X (10.5 or higher) Windows XP or newer, and Linux from the evasi0n website completely free of charge.

If you need a little help with the process, Jeff Benjamin over at iDownloadBlog has created the following video to explain exactly how to use evasi0n.