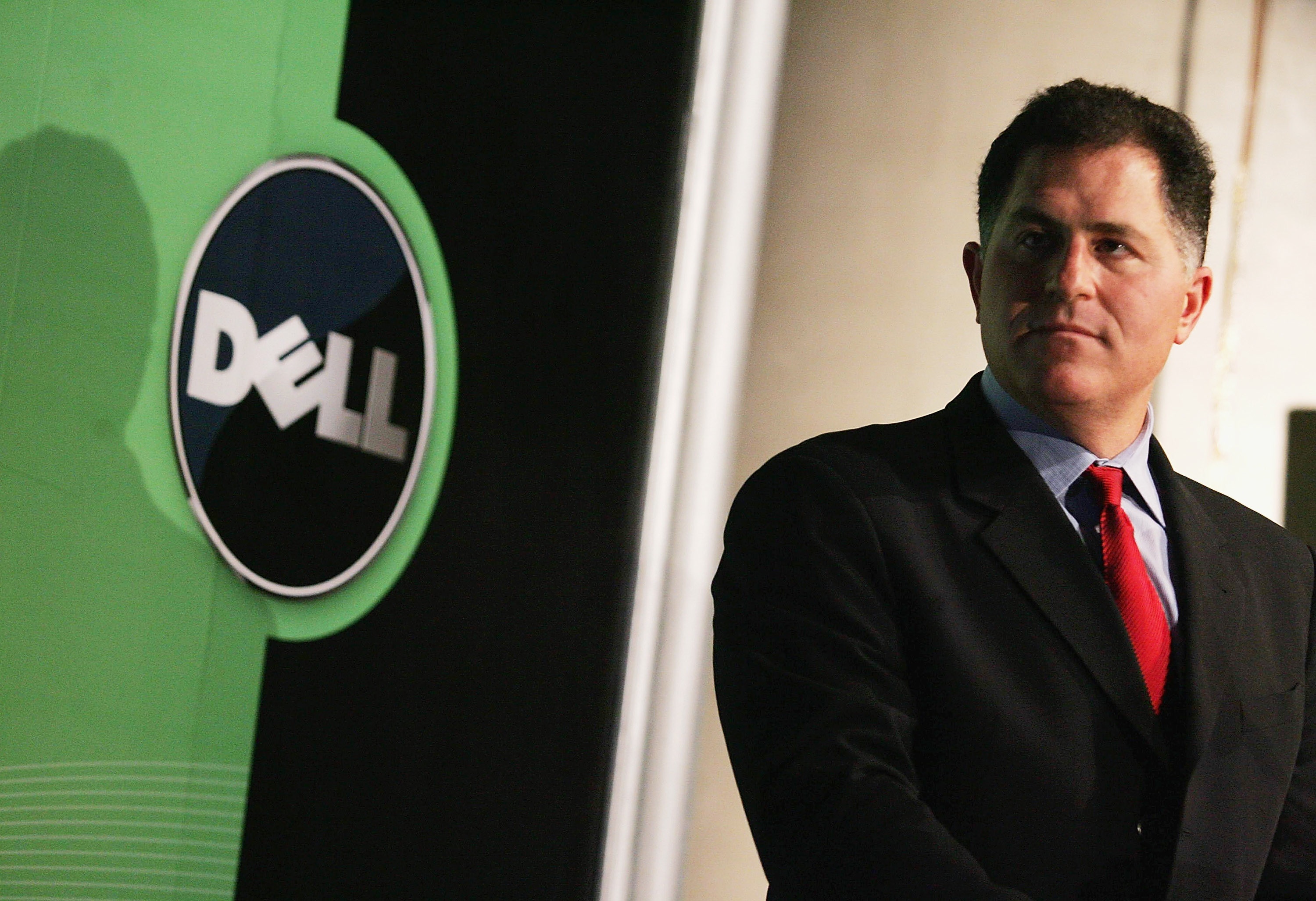 Well, what goes around comes around.

At the Gartner Symposium and ITxpo97 in 1997, Dell founder and CEO Michael Dell famously gave his two cents on Apple to a crowd of IT executives: “What would I do? I’d shut it down and give the money back to the shareholders,” he notably said.

Flash forward nearly two decades, and the world’s third-biggest computer manufacturer is going private in a $24.4 billion deal that also gives $13.65 per share in cash to shareholders. Bloomberg called the company’s move “the biggest leveraged buyout since the financial crisis.”

Oh, and the transaction will be financed through a combination of cash and equity contributed by Michael Dell and other investment funds, as well as a $2 billion loan from Microsoft (so don’t expect any Dell Chromebooks this decade).

I worked for Apple in 1997. Michael Dell implied my job was worthless, and Steve Jobs responded: “We’re coming after you.” An emotional win.

Since Michael Dell priggishly dismissed Apple in 1997, how much has Dell changed the world? How much has Apple? Suck it, Michael. Forever.

“Microsoft has provided a $2 billion loan to the group that has proposed to take Dell private,” explained Microsoft in a statement on Tuesday. “We’re in an industry that is constantly evolving. As always, we will continue to look for opportunities to support partners who are committed to innovating and driving business for their devices and services built on the Microsoft platform.”

Get more details in the press release below.

Under the terms of the agreement, Dell stockholders will receive $13.65 in cash for each share of Dell common stock they hold, in a transaction valued at approximately $24.4 billion. The price represents a premium of 25 percent over Dell’s closing share price of $10.88 on Jan. 11, 2013, the last trading day before rumors of a possible going-private transaction were first published; a premium of approximately 35 percent over Dell’s enterprise value as of Jan. 11, 2013; and a premium of approximately 37 percent over the average closing share price during the previous 90 calendar days ending Jan. 11, 2013. The buyers will acquire for cash all of the outstanding shares of Dell not held by Mr. Dell and certain other members of management.

The Dell Board of Directors acting on the recommendation of a special committee of independent directors unanimously approved a merger agreement under which Michael Dell and Silver Lake Partners will acquire Dell and take the company private subject to a number of conditions, including a vote of the unaffiliated stockholders. Mr. Dell recused himself from all Board discussions and from the Board vote regarding the transaction.

A Special Committee was formed after Mr. Dell first approached Dell’s Board of Directors in August 2012 with an interest in taking the company private. Led by Lead Director Alex Mandl, the Special Committee retained independent financial and legal advisors J.P. Morgan and Debevoise & Plimpton LLP to advise the Special Committee with respect to its consideration of strategic alternatives, the acquisition proposal and the subsequent negotiation of the merger agreement.

The Special Committee also engaged a leading management consulting firm to conduct an independent analysis, including a review of strategic alternatives for Dell and opportunities for the company as a public entity, and thereafter engaged Evercore Partners.

The merger agreement provides for a so-called “go-shop” period, during which the Special Committee – with the assistance of Evercore Partners – will actively solicit, receive, evaluate and potentially enter into negotiations with parties that offer alternative proposals. The initial go-shop period is 45 days. Following that period, the Special Committee will be permitted to continue discussions and enter into or recommend a transaction with any person or group that submitted a qualifying proposal during the 45-day period. A successful competing bidder who makes a qualifying proposal during the initial go-shop period would bear a $180 million (less than 1 percent) termination fee. For a competing bidder who did not qualify during the initial go-shop period, the termination fee would be $450 million.

Mr. Mandl, lead director of Dell’s Board of Directors, said: “The Special Committee and its advisors conducted a disciplined and independent process intended to ensure the best outcome for shareholders. Importantly, the go-shop process provides a real opportunity to determine if there are alternatives superior to the present offer from Mr. Dell and Silver Lake.”

Mr. Dell said: “I believe this transaction will open an exciting new chapter for Dell, our customers and team members. We can deliver immediate value to stockholders, while we continue the execution of our long-term strategy and focus on delivering best-in-class solutions to our customers as a private enterprise. Dell has made solid progress executing this strategy over the past four years, but we recognize that it will still take more time, investment and patience, and I believe our efforts will be better supported by partnering with Silver Lake in our shared vision. I am committed to this journey and I have put a substantial amount of my own capital at risk together with Silver Lake, a world-class investor with an outstanding reputation. We are committed to delivering an unmatched customer experience and excited to pursue the path ahead.”

“Michael Dell is a true visionary and one of the preeminent leaders of the global technology industry,” said Egon Durban, a Silver Lake Managing Partner. “Silver Lake is looking forward to partnering with him, the talented management team at Dell and the investor group to innovate, invest in long-term growth initiatives and accelerate the company’s transformation strategy to become an integrated and diversified global IT solutions provider.”

Following completion of the transaction, Mr. Dell, who owns approximately 14 percent of Dell’s common shares, will continue to lead the company as Chairman and Chief Executive Officer and will maintain a significant equity investment in Dell by contributing his shares of Dell to the new company, as well as making a substantial additional cash investment. Dell will continue to be headquartered in Round Rock, Texas.

The transaction will be financed through a combination of cash and equity contributed by Mr. Dell, cash funded by investment funds affiliated with Silver Lake, cash invested by MSD Capital, L.P., a $2 billion loan from Microsoft, rollover of existing debt, as well as debt financing that has been committed by BofA Merrill Lynch, Barclays, Credit Suisse and RBC Capital Markets (in alphabetical order), and cash on hand. There is no financing condition.

The transaction is subject to other customary conditions, including receipt of required regulatory approvals, in addition to the Dell stockholder approvals described above. The transaction is expected to close before the end of the second quarter of Dell’s FY2014.

For further information regarding all terms and conditions contained in the definitive merger agreement, please see Dell’s Current Report on Form 8-K, which will be filed in connection with this transaction.