Apple releases iOS 6.1.1 beta to developers with major enhancements to Maps for Japan 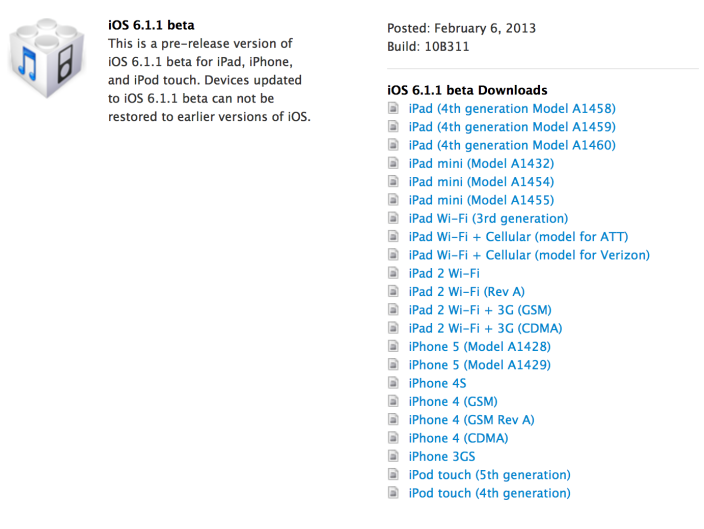 Just days after releasing iOS 6.1 to the public, Apple has released iOS 6.1.1 beta 1 to developers for the iPhone, iPad, and iPod touch. The download is available via Apple’s developer center for registered developers. This beta, according to Apple, has major enhancements to Maps for Japan:

iOS 6.1.1 beta 1 includes the following improvements to Maps for Japan:

It also seems that this beta has no expiration date, unlike previous iOS betas:

Today’s iOS 6.1.1 developer release (10B311) oddly has the ReleaseType defined as “Beta” but oddly has no expiry date.

Enhancements to Japan in iOS 6 Maps is a major move for Apple, a company that is working to break into Asian markets. Interestingly, Japanese was the first language (besides the original English, French, and German dialects) to support iOS’s Siri.  Let us know if you spot anything else new. Thanks, D!