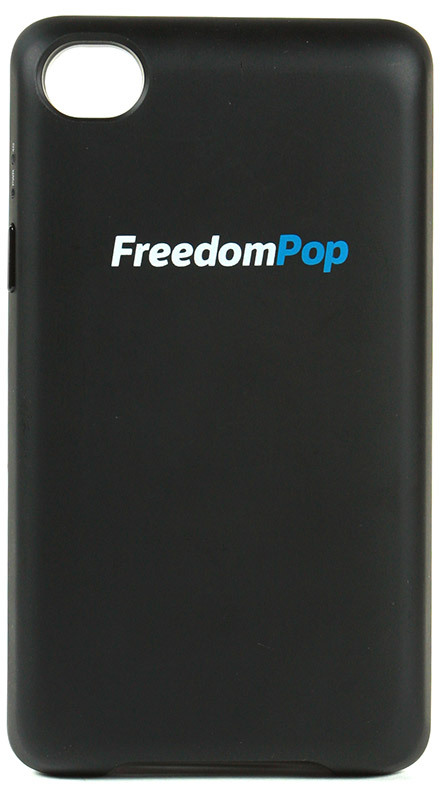 FreedomPop, the wireless provider offering customers free 500MB per month data plans through devices such as its $99 WiMAX sleeve for iPod touch, today announced a few big additions coming to the service. First, the company is expanding on its “social broadband” features to allow users to share and request unused bandwidth through social networks such as Facebook and Twitter. In addition, starting today, it is increasing additional data rewarded for referrals from 10MB to 50MB. Ahead of the company’s plans to roll out LTE service through Sprint’s network later this year, FreedomPop also confirmed to 9to5Mac that it plans to launch an LTE clip for iPad users.

Earlier this week, Forbes reported it heard FreedomPop planned to launch a new LTE clip to offer free 4G data plans to iPad users through Sprint’s LTE network. Although still not officially announced, we confirmed with the company that it will indeed launch a FreedomPop LTE clip compatible with iPads in the second half of this year. A few of the details we have on the product: it will weigh 2.5 ounces, offer 3G and LTE on Sprint’s network, battery life will be 6 hours, and come with FreedomPop’s usual free 500MB per month plan. FreedomPop also noted it will connect up to eight devices, and it has been specifically designed for the iPad, iPad mini, and Samsung Galaxy devices.

Though carriers like AT&T and Verizon have recently embraced family plans, FreedomPop’s social platform goes beyond this to enable capacity to be shared across entire social networks. Also, users can check Facebook and Twitter, in addition to their email cetacts, to see which of their friends are on FreedomPop and receive an additional 50MB of free data per friend they connec twith, per month while their friend remains a FreedomPop user. 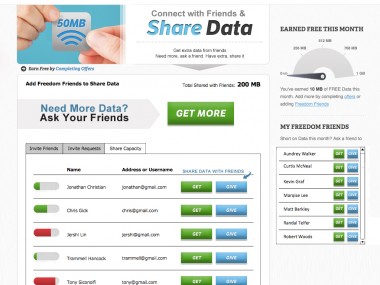 FreedomPop previously discussed its social broadband platform, and it is finally launching the ability to share data through social networks today. The feature will allow users to connect through email, Facebook, and Twitter. The concept will allow users that might not use all of their monthly data allowance to share with others, and they will be rewarded for doing so, instead of data going “to waste or AT&T’s bottom line.” FreedomPop CEO Stephen Stokols noted 80 percent of wireless subscribers consume less data than they pay for each month:

“Today, users pay a big fee each month for a fixed data plan. The hidden secret in the wireless industry is that 80 percent of users consume less than the amount they are paying for each month and the rest goes to waste or AT&T’s bottom line,” said Stephen Stokols, FreedomPop’s CEO. “If I need more data this month while my friend doesn’t, I should be able to share it and vice versa.”

In addition to the announcements, FreedomPop also revealed an additional $4.3 million in Series A1 funding from DCM and Mangrove Capital. The two were already existing investors, but it will bring FreedomPop’s total funding up to $11.2 million.

As for FreedomPop’s iPhone 4/4S case: Last we heard, it was held up at the Federal Communications Commission.