The top third-party email clients for the iPhone 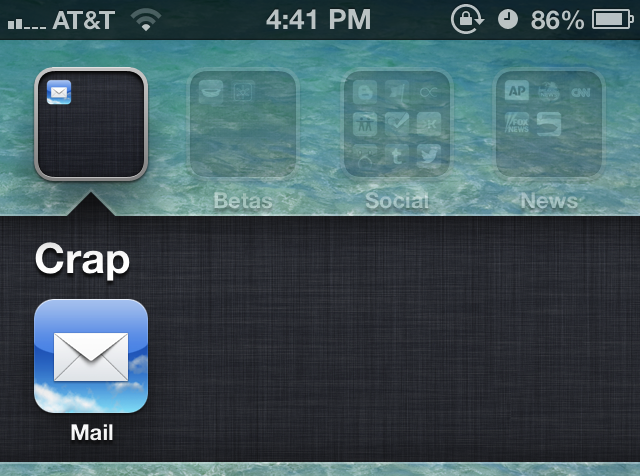 Welcome to 9to5Mac’s Smackdown series, where we compare the top hardware and software accessories for your Apple products.

When it comes to email on the iPhone, some users find the built-in Mail app lacking. Luckily, there are quite a few third-party clients available for your emailing needs. We’ll be running down all the major ones today, including those from the mail providers themselves and today’s big news Mailbox.app.

What you won’t find here are “apps” that simply give you the mobile web version of a mail service. If that’s what you want, you already have an app for that. If you want a native third-party email app for your iPhone, keep reading.

Note: As usual, let me give you an idea of what you’ll find below before we get started. Each app is given its own dedicated section in this article. Each section starts with at-a-glance information about each app to answer some of the most important questions you may have. Below that, you’ll find my impressions of the app during my time using it. Each section concludes with a slideshow of screenshots from the app.

The Breakdown Sparrow was originally developed for the Mac, but the Sparrow crew created an iPhone version after many users asked for a better solution to email on the iPhone. It quickly became known for being one of the most thoughtfully designed mail apps on the market. It makes great use of gestures and white space to ensure that reading and writing your email is distraction free, and it uses a double-stacked sidebar to separate folders, accounts, and your inbox into three separate sections that are easily accessible at any time.

The app also sports a unified inbox, customizable inbox view (view all mail, only unread mail, or starred messages by tapping the title bar), and per-account signatures. Features like send-and-archive, label-and-archive, and a universal control for marking the entire inbox as read are great timesavers.

Unlike other mail apps that show a blank photo next to users who aren’t in your contacts, Sparrow makes an effort to get a picture from anywhere it can for everyone, including those emails you get from websites like Amazon. It can pull your friends’ profile photos from Facebook to show next to messages. Sparrow also connects to Gravatar to get profile photos from people you may not have in your address book or Facebook friends, and it includes built-in pictures for services like Twitter, Facebook, Amazon, eBay, and more.

Unfortunately, Sparrow lacks proper push notification support, although it’s for what some might consider a good reason. Currently, Sparrow only interfaces with the mail server of whatever provider you use. To provide push notifications, the developers would have to store your email login information on their servers and have access to all of your emails at any time. The developers believed that this was too great a risk to take with users’ personal information.

Push was originally enabled using the VoIP backgrounding API on iOS, but Apple would not allow the app in the App Store due to what it deemed to be abuse of the VoIP feature. A free jailbreak tweak has been developed to re-enable this feature, and some users will find this feature invaluable (especially with iOS 6.1 reportedly being jailbroken for all existing devices) even though running the app in the background at all times can have a negative impact on your battery,.

Google acquired Sparrow in July, and development on both the iPhone and Mac versions have all but stopped since. Aside from a few bug fixes and iPhone 5 support, the app has not been updated since the buyout, and it is expected to remain unchanged. An iPad version was being developed, but will not be completed, it seems.

The Breakdown Gmail for iPhone was recently updated to version 2.0 and given a complete overhaul. Thankfully, the new version is much better than its predecessor is. The first version was met by much criticism, because it was only a wrapper for the mobile web version of Gmail with one or two additional features. The improved version features a completely native interface that is faster and easier to use. The new version is also a universal app compatible with the iPad and iPad mini.

Gmail 2.0 was released after the Sparrow team was acquired, but according to Google, the Sparrow team was not involved in its creation. Even so, this is a pretty slick app from the company responsible for Android. You may actually notice some Android-like design in some areas, especially the menus, but it’s bearable for the most part.

Push notifications have always been supported, but they got off to a rocky start with version 1.0 when most users discovered the app had been improperly setup for push and would not function correctly. Thankfully, the issue was fixed in a later update and the notifications are working just fine.

Sadly, one major oversight found its way into the app: there is no unified inbox to view all of your email in one place. That means you’ll have to open the sidebar, tap your account name, check for a badge on any other accounts, open the account you want to view, read your email there, then do it all over again for the next account. Compare this to a unified inbox and you’ll quickly grow tired of all the switching.

The Breakdown Yahoo!’s entry to the mail app market is simple and straightforward. It also has the fewest features of the clients on this list. Aside from reading and composing, there isn’t much to Yahoo! Mail. You can swipe messages to get a list of available actions, like in Gmail or Sparrow, but that’s the only gesture currently supported.

It’s not that poorly designed, but the aesthetic leaves something to be desired. The most common color in the app is the same color purple you see in the icon above. Purple is fine for accent colors, but making an entire app that color is a bit unattractive. The app supports push notifications for new mail, although they look quite cluttered in Notification Center since they try to fit as much information as possible into the notification. One email with a single sentence and a signature took up five lines in Notification Center.

The Breakdown Mailbox is the new kid on the block. The app was launched earlier today, and most users are still waiting for access through the unique reservation system devised to keep the app’s push service running smoothly. When users finally access, they’ll find an incredibly well designed and well-thought out mail app.

Instead of treating messages as messages, Mailbox treats them as items you have to take care of at some point, like a to-do list. That means you can reschedule your emails to arrive at a more convenient time if you want, using the “Later” feature, or you can add them to lists like you would do in the Reminders app to separate different groups of tasks.

Mailbox also focuses on cutting the extraneous bits out of your messages, including those long chains of “On February 4th, 2013, Mark Gurman wrote:” garbage that create long, useless, and growing threads in email chains. Simply put, it does this by storing your mail on the company’s own server. This may be a big security turn-off to many, though. The Verge has a great in-depth explanation of the scraping system the developers created to make sure only the important stuff gets through.

In the event that you’d like to remove your mail from the Mailbox server, going into the settings, selecting the account, and deleting it “from Mailbox everywhere” should do just that.

Gestures permeate the app’s interface. There are four different ways you can swipe an email to take a different action. That may seem daunting at first, but it’s actually very simple once you’ve seen it in action. Depending on the direction and the length of the swipe, you can add a message to a list, save it for later, archive it, or throw it in the trash.

The app supports push notifications for new messages, and you can customize how the number on the app badge is determined. When you reach “Inbox Zero,” the Mailbox icon in the background of the inbox is filled in with a new photo each day.

Mailbox is well designed, fully featured, and easy to use, but the security issues that arise from allowing your messages to be stored on someone else’s server may be more of a risk than some users feel comfortable taking.

And the winner is… This is a tricky category to judge. Several strong entries focus on different aspects of email. Sparrow is a well-designed client for most mail services, but it lacks push notifications, and it has been discontinued. Mailbox is a great app for Gmail, but other services will need to look elsewhere for a client, and Gmail users will need to be wary of the security implications of allowing a third party to have complete access to their email. The “official” apps created by Gmail and Yahoo! both have great integration for all the features of their own respective services, but they lack features that many consider standard for email, such as multi-account support or a unified inbox.

However, I’m going to give this award to Mailbox. It has the fastest, easiest-to-use interface, supports push notifications, and cuts out the stuff I’m tired of seeing in my emails. I’m willing to accept the inherent security risks in allowing my email to be stored on a third-party server.

Disagree with my assessment? Vote in the poll below and tell us which is your mail app of choice on the iPhone.

Be sure to check out the previous edition of Smackdown, in which we search for the best Twitter client for the iPhone. You can find all the entries in this series on the Smackdown page.