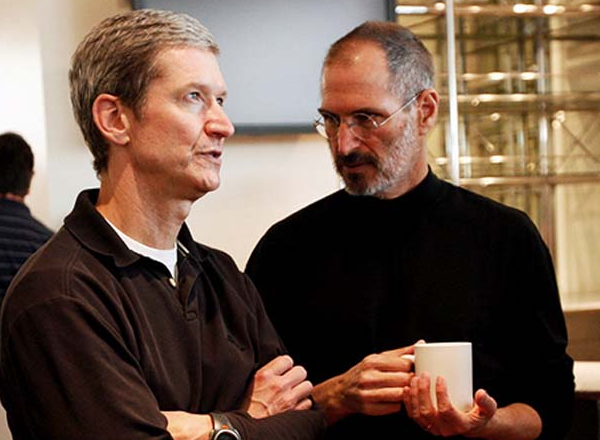 Interesting quotes aplenty from the ‘Apple and Samsung, frenemies for life‘ Reuters article this weekend:

Tim Cook, Jobs’ successor as Apple chief executive, was opposed to suing Samsung in the first place, according to people with knowledge of the matter, largely because of that company’s critical role as a supplier of components for the iPhone and the iPad…

Apple filed suit in April 2011, and the conflagration soon spread to courts in Europe, Asia and Australia. When Apple won its blockbuster billion-dollar jury verdict against Samsung last August, it appeared that it might be able to achieve an outright ban on the offending products – which would have dramatically altered the smartphone competition.

But, as the Samsung vs. Apple trial runs down to an effective stalemate, Reuters’ opinion is that Apple is likely to settle. The fact that current CEO Tim Cook was never in favor of suing Samsung to begin with (and he has said on multiple occasions that he hates litigation) makes it even more likely that a settlement will take place.

Former CEO Steve Jobs was of course willing to go “thermonuclear” and spend every last cent of Apple’s money to drive Android phones out of business. He even called Android ‘stolen products,’ according to the Walter Issacson authorized biography of Jobs.

As the article pointed out, Apple has moved swiftly to reduce reliance on its one-time ally, but it still has a lot tied up in displays, memory, storage, and, maybe most importantly, Ax processor manufacture.

Perhaps the legal battles have been overblown, as one source suggested:

“People play this stuff up because it shows a kind of drama, but the business reality is that the temperature isn’t that high,” said one attorney who has observed executives from both companies.

Another interesting tidbit on the genesis of the Apple-Samsung relationship:

The memory market in 2005 was extremely unstable, and Apple wanted to lock in a supplier that was rock-solid financially, people familiar with the relationship said. Samsung held about 50 percent of the NAND flash memory market at that time.

“Whoever controls flash is going to control this space in consumer electronics,” Jobs said at the time, according to a source familiar with the discussions.

It almost seems that companies that live by the outsourcing of manufacturing die by it as well. How long until Foxconn starts building its own phones, tablets, and computers?