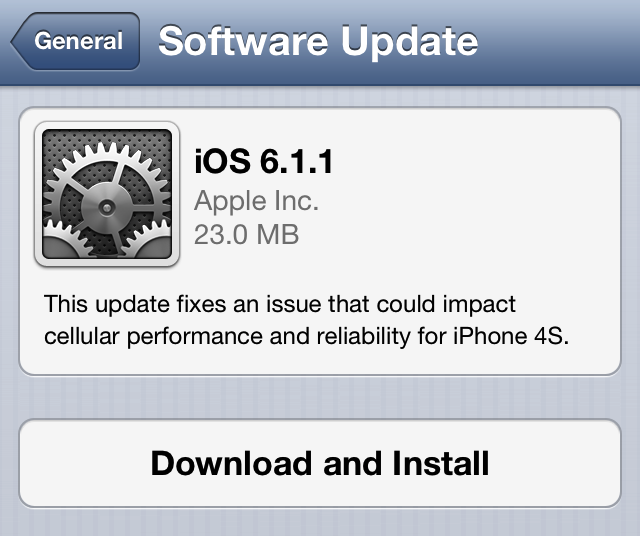 Apple says that the iOS 6.1.1 update addresses the previously discussed cellular performance and reliability issues with the iPhone 4S.

The update was recently put into beta for developers to add several Japanese Maps enhancements for all iOS devices. Apple says that the beta with Maps fixes for Japan will be renamed to a different version number when it is publicly released.

iOS 6.1.1 beta will be renamed to a different version with the next developer release and will include the fixes included in the public release of iOS 6.1.1 in addition to the improvements to Maps for Japan.

Apple released 6.1.1 for the 4S only today. The JB still works fine. We will release an updated evasi0n that recognizes it as supported.