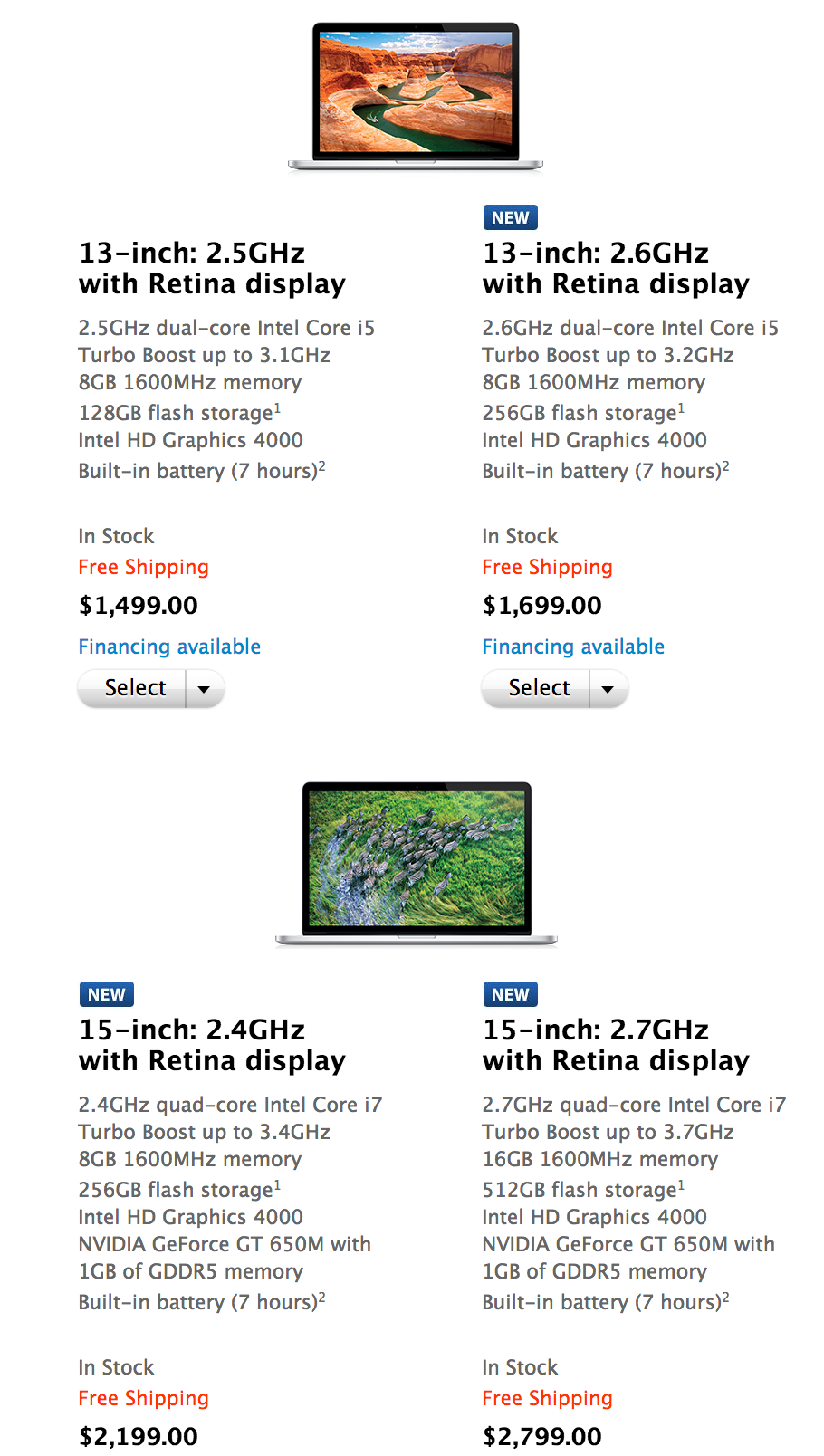 Apple quietly made some updates to specs and pricing for some of its Retina MacBook Pro lineup. Apple announced today in a press release that it lowered the price of the entry-level 128GB 13-inch Retina MacBook Pro to $1,499 and the 256GB model to $1,699. The models previously sold for $1,699 and $1,999.

Apple also dropped the price of its 13-inch MacBook Air with 256GB to $1,399. That’s discounted from the regular price of $1,499. Apple’s online store doesn’t appear to have been updated to reflect the changes.

Evidence in October suggested that Apple would improve production techniques to fix issues with thermal heating and screen ghosting on the Retina MacBook Pros. The upgrades also come after retailers just recently started offering similar discounts on some MacBooks.

CUPERTINO, California—February 13, 2013—Apple® is making the MacBook Pro® with Retina® display faster and more affordable with updated processors and lower starting prices. The 13-inch MacBook Pro with Retina display now starts at $1,499 for 128GB of flash, and $1,699 for a new 2.6 GHz processor and 256GB of flash. The 15-inch MacBook Pro with Retina display now features a faster 2.4 GHz quad-core processor, and the top-of-the-line 15-inch notebook comes with a new 2.7 GHz quad-core processor and 16GB of memory. Apple today also announced that the 13-inch MacBook Air® with 256GB of flash has a new lower price of $1,399.