Kickstarter: Today Kickstarter announced that it is finally launching an official app for iPhone and iPod touch. The app provides users with the majority of features accessible through the website including the ability to find, filter, and back projects, watch project videos, follow and keep up with projects in an always up-to-date Activity tab, and receive notifications when someone backs or launches a project. The app also includes creator tools such as a feature to “take pictures and videos with their iPhone camera and post them as project updates straight from the app.” 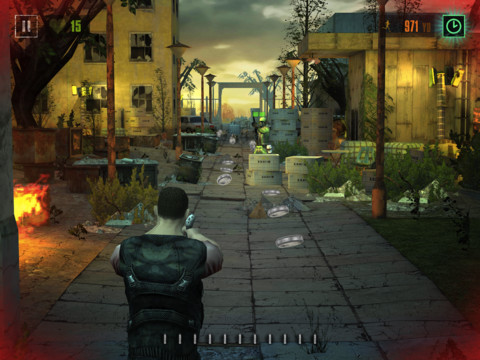 DIE HARD: Fox Digital Entertainment today released the official DIE HARD iOS game in support of the upcoming “A GOOD DAY TO DIE HARD” feature film. You play as Jack McClane as you “blast your way out of Moscow’s mean streets and travel to the radioactive wasteland of Chernobyl.” The developer called the game an “endless shooter”– a combination of “the “endless runner” and “first-person shooter” genres. It’s available now for 99 cents.

With DIE HARD, the mission was to develop an app with the gameplay and attitude to match the groundbreaking nature of the DIE HARD franchise, its longtime hero John McClane and new protagonist Jack McClane.  In a twist on the endless runner genre, where the player runs from danger, DIE HARD equips the player to face the action head on, running towards foes and confronting them from a first-person perspective.

Skype 6.2 for Mac: Skype was updated with a few new features and improvements. Users can now send Skype credit as a gift through an eGifting feature, as well as send “one-way SMS without verifying your mobile number. ”

QuickBooks Online for iPad: Intuit announced today a new iPad app for QuickBooks Online. It’s free for subscribers, but the app also provides a 30 day free trail and monthly and annual subscriptions for $13 and $125. Full list of features below:

– Create and email great looking invoices and estimates on the spot with customers – Instantly capture your customer’s electronic signature to approve estimates – look more professional – Attach photos and notes to your estimates at the job site – never forget anything – Track all overdue balances on the activity feed – See a timeline of your customers’ latest transactions, notes, and photos at a glance – Gain insights into your sales, income, and expenses with interactive reports and charts – Capture and store photos of receipts – say goodbye to the shoebox! – We’ll guide you to start invoicing in minutes! – Autofill customer info from your local contacts, Gmail, Yahoo, and LinkedIn, and customer photos from Facebook