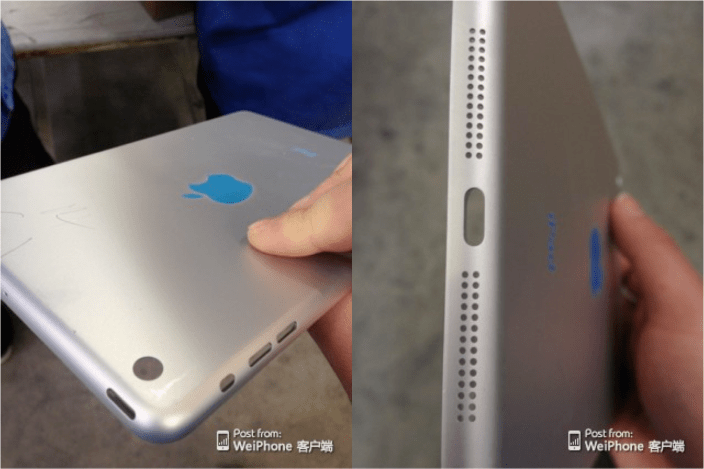 Purported back shells for the next-generation iPad mini have surfaced on the WeiPhone Forums, however the shell’s authenticity is unverified. It appears that these shells are marginally thicker than those for the current generation iPad mini.

Obviously, if these truly are thicker, natural speculation points to these shells being supportive of a Retina display iPad mini. When Apple moved to a higher-resolution display in the third-generation, the product’s casing was thicker to accommodate new graphics and battery components.

Matching previous rumors regarding Apple’s first iPad mini revision, the casings appear to look very similar in design and ports/buttons to the casings for the current iPad mini model. With the iPad mini also rumored to gain a Retina display, the slightly thicker enclosure may point to these shells being legitimate…

Additionally, the same WeiPhone Forums poster previously published legitimate-looking images of the aluminum slabs that Apple molds for its products.

Though, because of the still unclear nature of the sourcing for these images and because of the odd blue “iPad” and Apple logo printing on the rear, it is difficult to determine if these shells truly are legitimate. Below, we have posted a full-gallery of the unverified second-generation iPad mini backs.

We previously published images, that we believe to be accurate, of the rear-shell for Apple’s next update to the iPad with 9.7-inch display. That future device appears to pick up some of the design elements of the iPad mini.