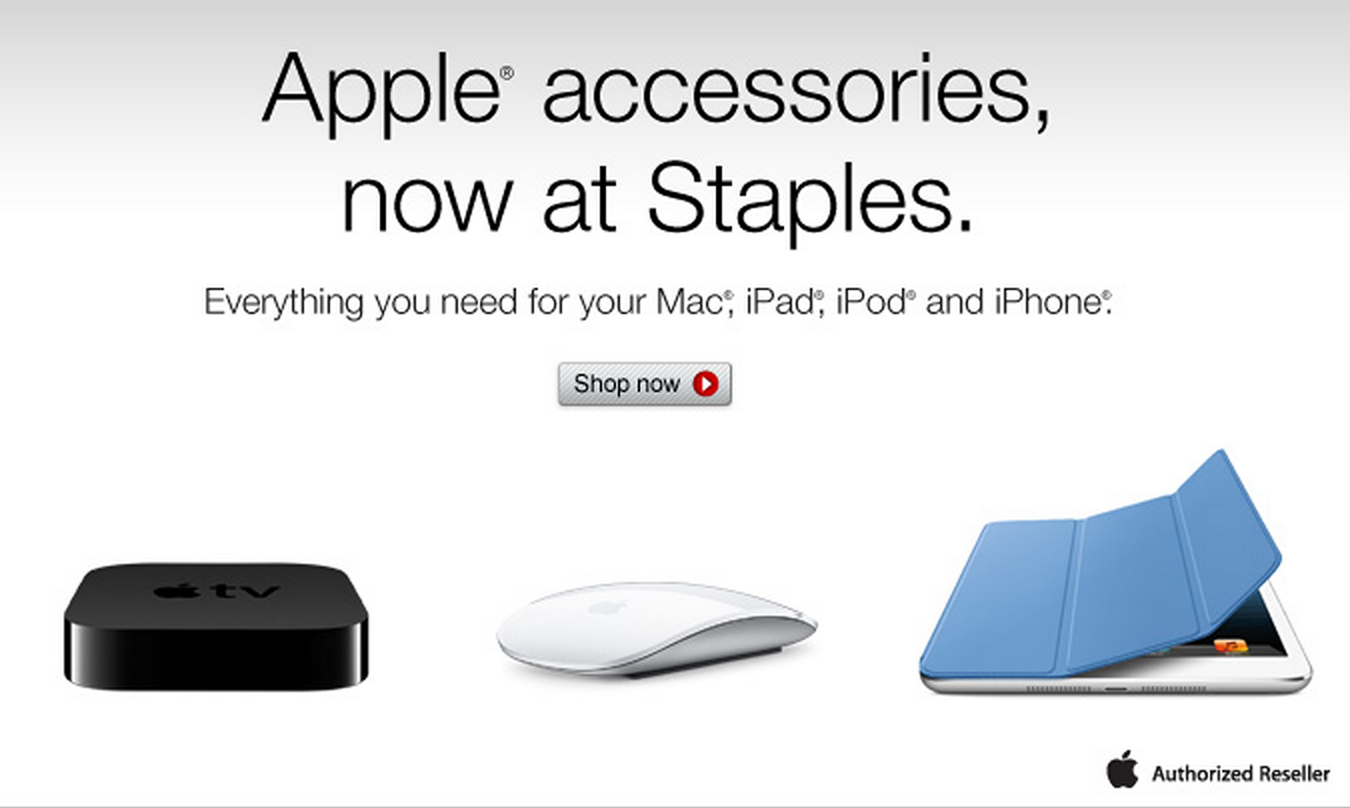 Apple products available through the Staples online store as of Tuesday include everything from Smart Covers and Magic Mouse to Apple TVs and Time Capsules.

Staples’ U.S. brick and mortar stores will likely begin stocking Apple accessories, as well, giving Apple another familiar outlet from which to sell its wares. More importantly, many businesses, large and small, have corporate accounts with Staples that should allow easy purchasing of Apple products with little friction.

Staples has sold Apple accessories internationally for quite awhile, but it only recently struck a deal for U.S. distribution. Staples CEO Ron Sargent noted in 2011 that his company wanted to sell Apple products in the U.S., but it had a hard time getting the goods from Apple.

Ron Sargent, Staples chairman and chief executive, also lamented that its nearly 1,600 U.S. stores can’t sell Apple Inc.’s popular products because Apple won’t sell them to Staples. Apple products are sold at Staples stores in Canada and elsewhere internationally, where Apple has the need for Staples’ distribution channel, and the executive expressed hope its U.S. stores would one day sell the iPad and other Apple wares.

Leaked ad screenshots from last month indicated Staples would sell the Apple TV for $49, and the images first alerted the world that the retailer could soon offer Apple products stateside. Currently, however, Staples offers Apple TV at the usual $99 price point.