Apple has sold 3M iPads directly into US education over past year and 4.5M total (Update: 8M worldwide) 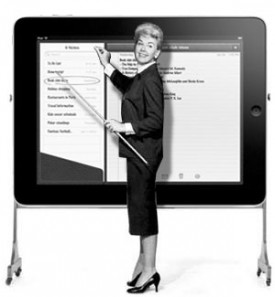 Apple today issued a press release to announce some big numbers for iTunes U (a billion downloads to be exact), but it has now also provided an update on iPads sales in the education market. In a statement to AllThingsD, Apple said it has sold a total of 4.5 million iPads direct to U.S. education institutions.

Apple previously announced around a million units sold to U.S. schools in Q2 2012. It later said sales for iPad 2 in the K-12 market doubled y-o-y in Q3 2012 thanks to a price drop to $399. It appears Apple has since been selling even more into the sector every quarter, and the iPad mini’s $329 price tag, as well as even further discounts to iPad 2, could very likely be driving growth. Like previous iPads, Apple is selling Apple 10 packs of iPad minis to education for a discount.

At Apple’s New York City education event in January 2012, Vice President of Worldwide Marketing Phil Schiller provided some updates on education. He noted that around 1.5 million iPads were in use at U.S. education institutions, and this means Apple has sold around 3 million iPads to education over the past year.

Apple CEO Tim Cook has reiterated several times during the company’s earnings calls that it plans to be “very aggressive” in the education market going forward.

Update: Apple has confirmed in a statement to TechCrunch that it has sold 8 million iPads direct into education institutions worldwide. That’s a total of 3.5 million outside of the US to date.