ActiveDock – $1.99
ActiveDock (screenshot above) brings most of the features of the OS X dock to iOS: the Mountain Lion design, the “running” indicators on apps currently open in the background, and even bouncing animations for alerts and while apps are opening. The tweak allows you to customize the frequency of the notification alert bounces, so instead of the icon constantly bouncing, you can set it to only jump up and down every few seconds. Each feature of the tweak has its own toggle so you can choose which parts you do and don’t want to keep enabled all the time. The effects only apply to the dock, so you won’t have apps jumping up and down all over your homescreens. You can find ActiveDock on the BigBoss repo.

TypeStatus – Free
This tweak is pretty simple, but incredibly useful. Whenever someone is replying to an iMessage, an icon appears in your status bar. That’s it. You don’t have to have the Messages app open, and it doesn’t even have to be a message that was sent recently. If I send you a message and you wait a week to reply, I’ll see that icon as soon as you start typing no matter what app I’m in. The tweak doesn’t tell you who is typing, so if you want to know that you’ll have to check each individual conversation and see who’s in the process of replying. Of course by the time you’ve done that, the message has probably already been delivered. TypeStatus is available on the BigBoss repository. 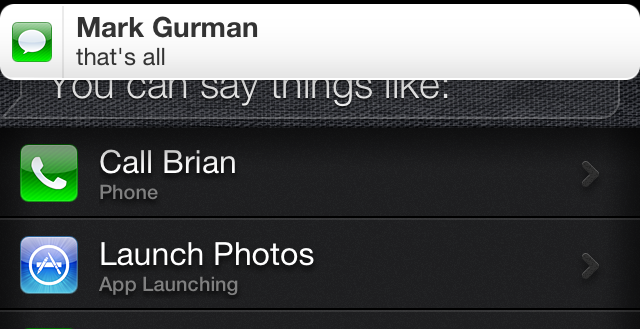 Unveil – Free
When you’re using Siri, you may notice that notification banners don’t show up at the top of your screen. I’ve run into situations where I used Siri to respond to a text in the car, but forgot to put my screen back to sleep. As a result, my phone just sat there silent when the person on the other end responded again. I had no idea they had replied until later. Unveil fixes this by allowing notification banners to show up while Siri is open. The tweak is available on the ModMyi repo.

SafariSwipez – Free
As gestures become more popular on iOS, many users are noticing a distinct lack of gestures in some of Apple’s stock apps. SafariSwipez is a simple tweak that allows you to close tabs in Safari by swiping up or down on the “card” overview. Unfortuately if you try to use the close button on this page, as I tend to do out of muscle memory, you’ll find that the button has been removed, forcing you to use the gesture. While that makes some sense (it forces you to retrain your muscle memory so that you actually remember you have the tweak installed), it did annoy me a little. SafariSwipez is available on BigBoss.