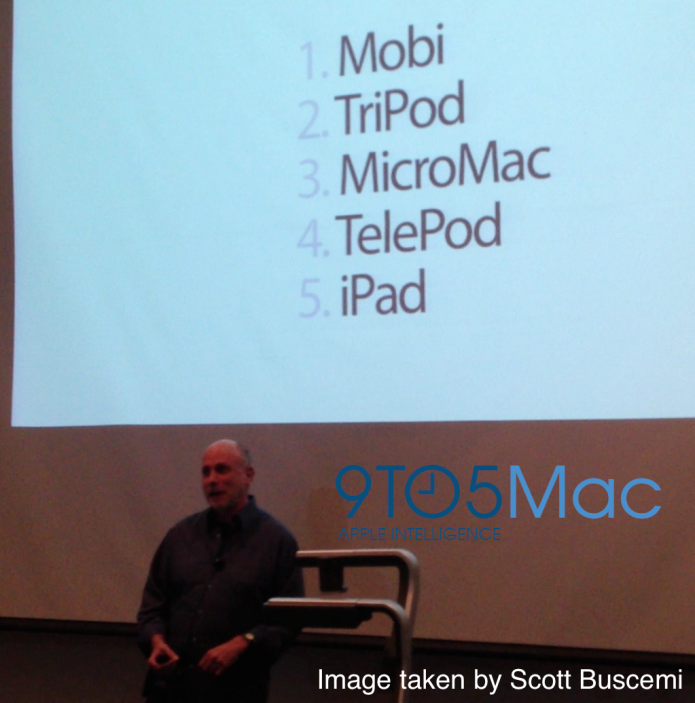 At an event at the University of Arizona’s Department of Marketing, former Apple advertising lead Ken Segall has shared some additional details into the naming behind Apple’s massively popular smartphone. While Apple ended up calling its industry-changing smartphone the “iPhone,” Apple considered a few other names.

Our own Scott Buscemi was on the ground at the event, and he has shared the details for this article. In addition to iPhone, Apple considered “Telepod,” “Mobi,” “Tripod,” and “iPad.” More details below:

You will see “MicroMac” on the photo of the slide above, but Segall says that he made up that name specifically for this presentation in order to gauge the thoughts of the crowd. It was never a name under consideration.

When the iPhone first launched, its name was a bit controversial because Cisco owned the “IPHONE” trademark for its IP-based phone system. The two companies ended up striking a deal for both to use the name. As seen in Apple’s iPhone enterprise software support, Apple and Cisco ended up partnering up on projects as part of its “iPhone” name deal.