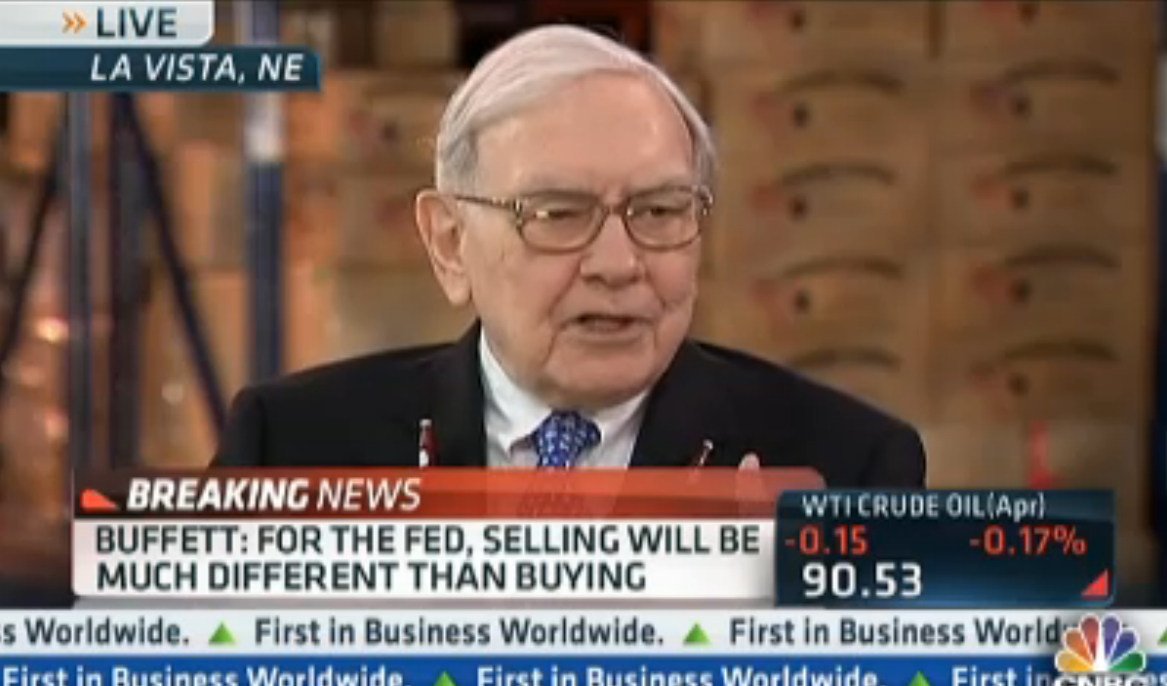 When David Einhorn and his now-dropped “silly sideshow” suit about getting Apple to issue preferred shares surfaced during Buffet’s three-hour CNBC interview, the prominent investor declared he would ignore Greenlight Capital’s founder (according to Fortune via Barron’s):

“I would ignore him. I would run the business in such a manner as to create the most value over the next five to 10 years. You can’t run a business to push the stock price up on a daily basis. Berkshire has gone down 50 percent four times in its history. When that happens, if you’ve got money you buy it. You just keep working on building the value.

I heard from people each time [Berkshire shares went down], saying why don’t you do this or that. Pay a dividend. I think Apple’s done a good job of building value. They may have too much cash. Now one reason they have so much cash is two thirds of it has not yet been taxed”

As for pressure to increase Apple’s dividend or do splits, Buffett recommended again that everyone disregard the buzz. Buffet then claimed he once told Apple’s late cofounder, Steve Jobs, to run his company well and the shares will respond. He also allegedly told Jobs to use Apple’s overabundance of cash to buy back the stock.

9to5Mac will update this post when video of the full interview becomes available, but a portion of the transcript is now live at Barron’s.