Unlock your phones at Chronicunlocks.com 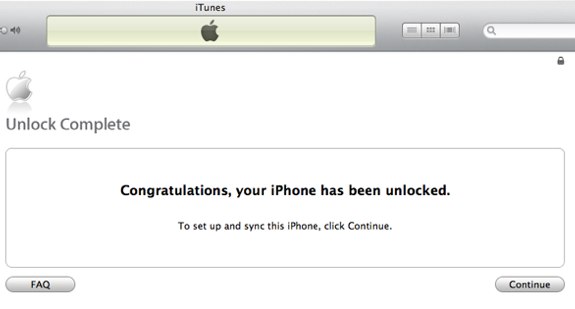 Following a petition on whitehouse.gov that urges the Library of Congress to change its decision on making unlocking cellphones illegal, the White House has issued an official response agreeing with the over 110,000 people who have signed the petition (via AllThingsD). White House Senior Advisor for Internet, Innovation, and Privacy R. David Edelman issued the official response, admitting the White House agrees “consumers should be able to unlock their cell phones without risking criminal or other penalties.”

He said the policy should also extend to tablets, while devices still under contract should be allowed to function on other networks:

And if you have paid for your mobile device, and aren’t bound by a service agreement or other obligation, you should be able to use it on another network. It’s common sense, crucial for protecting consumer choice, and important for ensuring we continue to have the vibrant, competitive wireless market that delivers innovative products and solid service to meet consumers’ needs.

The decision was made by the Library of Congress in October to make unlocking cellphones illegal, and that policy officially took effect in January. The Library of Congress issued a statement today in response to the White House, stating it agrees that “the question of locked cell phones has implications for telecommunications policy and that it would benefit from review and resolution in that context.”

Federal Communications Commission Chairman Julius Genachowski also published a statement following the White House’s response to consumers today, explaining the FCC is investigating the decision by the Library of Congress to make unlocking illegal. He added that it didn’t “pass the common sense test.”

“From a communications policy perspective, this raises serious competition and innovation concerns, and for wireless consumers, it doesn’t pass the common sense test. The FCC is examining this issue, looking into whether the agency, wireless providers, or others should take action to preserve consumers’ ability to unlock their mobile phones. I also encourage Congress to take a close look and consider a legislative solution.”

Edelman said the Obama Administration will work with the FCC and others to implement legislative fixes that prevent consumers from risking criminal penalties related to unlocking:

The Obama Administration would support a range of approaches to addressing this issue, including narrow legislative fixes in the telecommunications space that make it clear: neither criminal law nor technological locks should prevent consumers from switching carriers when they are no longer bound by a service agreement or other obligation.

ChronicUnlocks.com has been a solid provider of iPhone unlocks for our readers and us for a while now, if you are looking for a good place to unlock an iPhone.