Apple’s Phil Schiller on Android malware: ‘Be safe out there’ 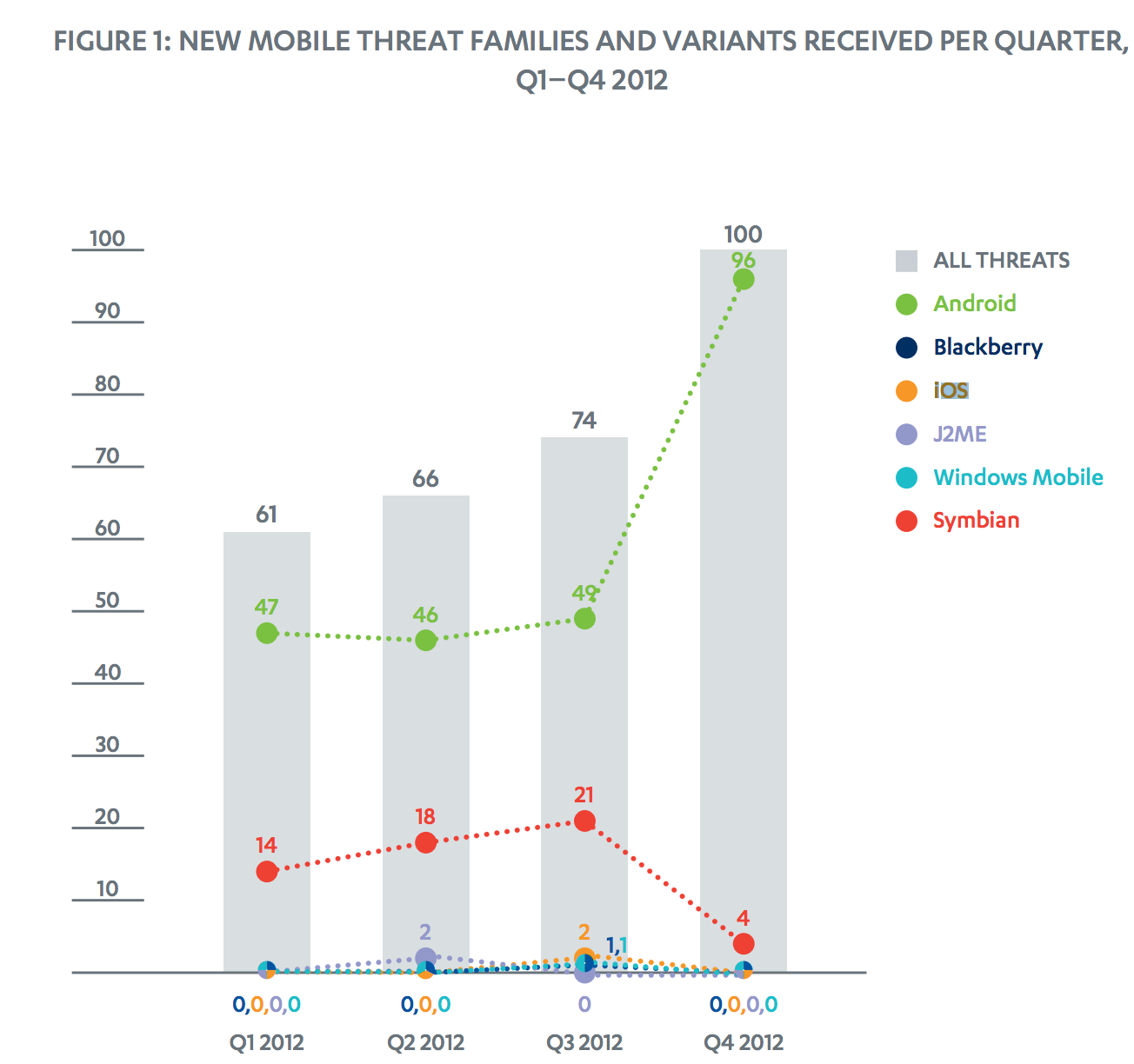 Apple Senior Vice President Phil Schiller has been known to take to Twitter and email to voice his opinions on rival services and platforms in the past. Today, the Apple executive appears to be taking a jab at Android by tweeting out a link to a recent study from security firm F-Secure that compares security threats on mobile platforms.

Along with the link, Schiller’s tweet reads: “Be safe out there.” The linked study from F-Secure focuses on a rise in malware and security threats on Android over the last quarter:

Android malware has been strengthening its position in the mobile threat scene. Every quarter, malware authors bring forth new threat families and variants to lure more victims and to update on the existing ones. In the fourth quarter alone, 96 new families and variants of Android threats were discovered, which almost doubles the number recorded in the previous quarter. A large portion of this number was contributed by PremiumSMS—a family of malware that generates profit through shady SMS-sending practices—which unleashed 21 new variants.

The study from F-Secure shows iOS as one of the safest platforms in recent months, as it recorded among the least amount of security threats, with most attacks on iOS “intended for multiple platforms similar to the case of FinSpy4.” According to the study, Android accounted for 79 percent of all mobile malware in 2012, while iOS comes in at just 0.7-percent: 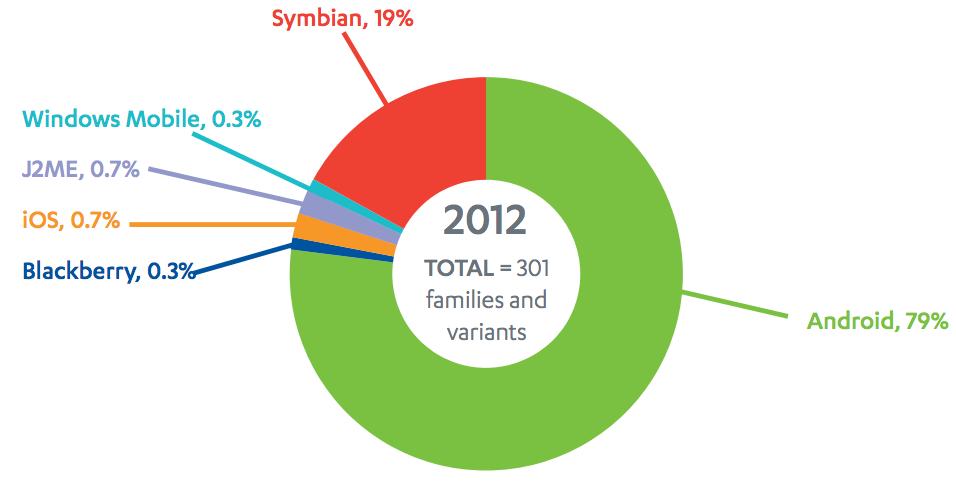 The rise of Android malware can be largely attributed to the operating system’s increasing foothold in the mobile market. Android’s market share has risen to 68.8% in 2012, compared to 49.2% in 20112. On the threat side, its share rose to 79% in 2012 from 66.7% in 2011. Symbian on the other hand, is suffering from the opposite fate. In 2012, it only held 3.3% market share which is a huge drop from 16.5% in the year before. Its share in the threat scene also reflected this drop, going from 29.7% in 2011 to 19% in 2012. Nokia’s decision to halt all Symbian development in February 2012 may have contributed to the huge drop in numbers. As its market share declines, so does malware authors’ interest in the platform as evidenced by the statistics seen in Q4 where only four new families and variants of Symbian malware were recorded.