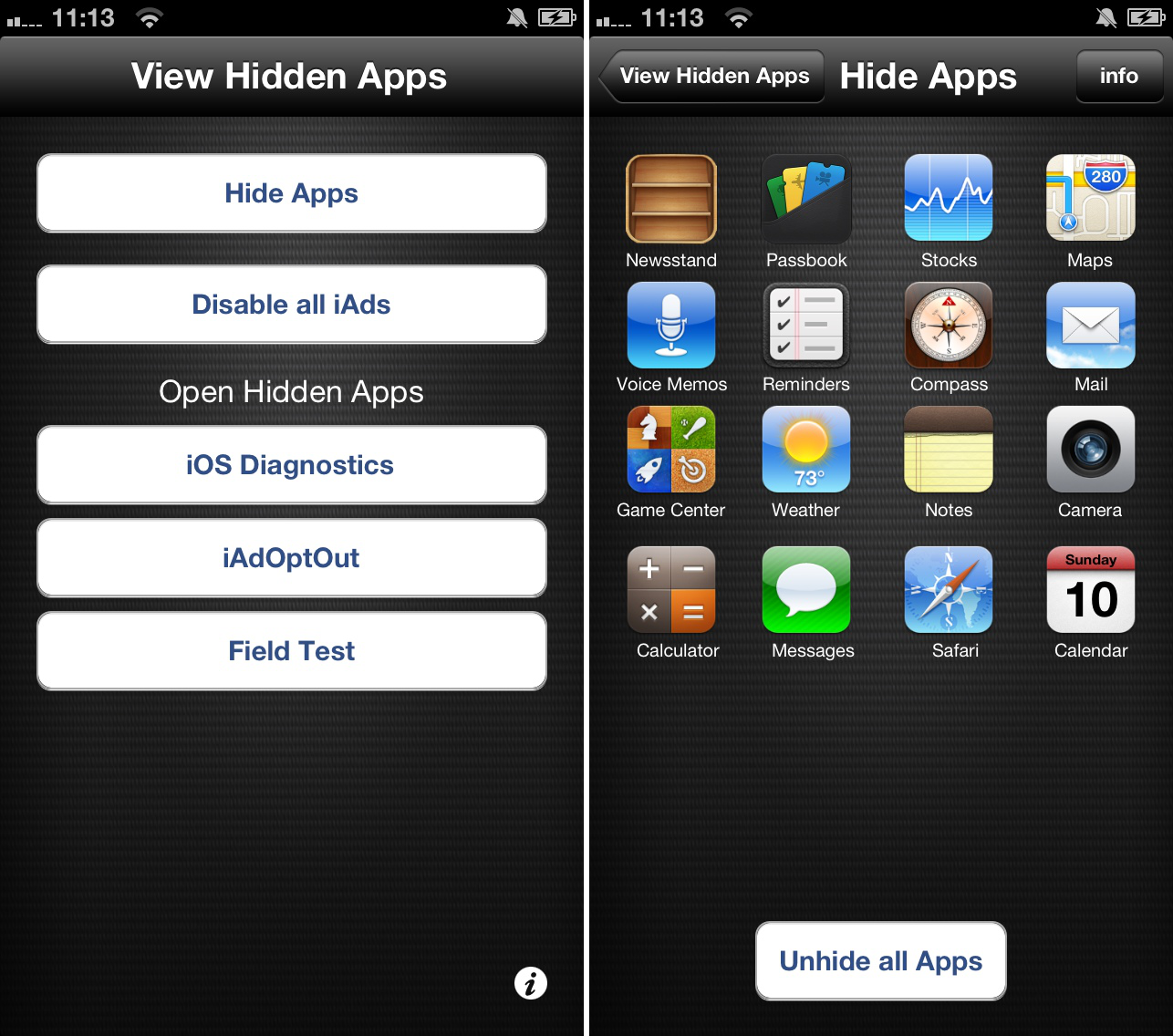 Update: the app has been pulled from the App Store…but venture this way for the same non-jailbroken functionality.

@9to5mac @iDownloadBlog Hi, I am the developer of #HiddenApps , @idoodler , Apple terminated my Developer account.

A new free app discovered in the App Store over the weekend can be used to manipulate some of the built-in features of iOS without the need to jailbreak your device. Don’t be fooled by the App Store screenshot. The aptly-named HiddenApps allows you to hide any of the built-in iOS apps that you may not have any desire to keep around, such as Stocks, Weather, Passbook and Newsstand.

The app also allows you to do a few other things, such as access the hidden Field Test app, which can be used in conjunction with a force-quit bug to display your cellular strength numerically, rather than as a set of bars. A button to disable iAds entirely can also be found on the app’s main menu. This button does exactly what it says: all iAds in every app will be removed completely.

Most of these tricks are carried out in the same way: you tap a button and HiddenApps attempts to install a different app over-the-air. That installation intentionally fails, and you delete the failed installation from your home screen. Deleting this app magically triggers the intended change.

Unfortunately, these changes aren’t foolproof. Rebooting (or respringing if you’re jailbroken) will cause the changes to reverse themselves. iAds will show up again, hidden apps will reappear, and the numeric signal strength indicator will go back to being a set of five bars. If that happens, you just need to redo the changes in HiddenApps. This isn’t ideal, but for users who refuse to jailbreak their devices, it might just be the most effective (and only) way to accomplish some of these tasks.

HiddenApps requires iOS 6 and is available for free on the App Store. If you want to grab it, you should get it now since Apple will likely pull it very soon.

Thanks for the tip, Chris!