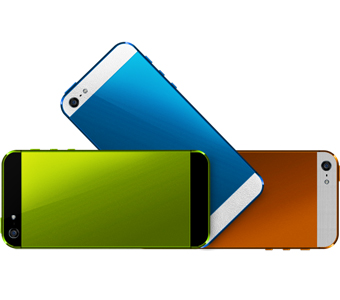 In January, Jeffries analyst Peter Misek claimed iPhone 5S production was slated for March with an expected June or July launch date for the device. Today, Misek has issued a note to clients (via Street Insider) and cut his price target for Apple from $500 to $420. He also claimed iPhone 5S could be delayed to September due to supplier issues with new casing colors. While noting that Apple will likely miss guidance with slow sales after the upcoming Samsung Galaxy S4 launch, Misek compared Apple to BlackBerry and HTC: “Historically when handset makers fall out of favor (e.g., the RAZR, BBRY, HTC) they fall faster/further than expected.”

He also said the rumored low-cost iPhone could sell for as high as $450 due to higher-end specs than initially anticipated:

The firm’s checks indicate Apple’s suppliers are having problems with the new casing colors leading to a push out from Jun to Jul-Sep after Apple hoped to pull forward the update. Checks also indicate pricing of the low-cost iPhone will be $350-$450 as some of the specs are higher-end than we expected (e.g., 4″ incell retina display, same app processor as the 5S). The main difference is the housing (plastic vs. aluminum). They estimate mid-40%s GM for the 5S and low 30%s for the low-cost.

Several analysts, including Misek, previously predicted the low-cost iPhone would sell for between $250 and $350.

As for the fingerprint technology that we have heard many rumors about, Misek said Apple could include the tech in both the iPhone 5S and iPhone 6 (with the latter launching in CQ1):

The iPhone 5S and iPhone 6 may not be enough, according to the analyst. “The phones could have fingerprint technology and we believe Apple is trying to move the iPhone 6 launch to CQ1 to stop the hemorrhaging to phablets, but historically when handset makers fall out of favor (e.g., the RAZR, BBRY, HTC) they fall faster/further than expected.”

Misek originally predicted the June or July launch as far back as December and was one of the first to claim the device will ship in six to eight colors with an improved camera, better battery life, and NFC. According to Street Insider, Misek also said today that he expects Apple to introduce a Retina iPad mini and switch to an IGZO display for the 9.7-inch iPad that could launch by CQ3.