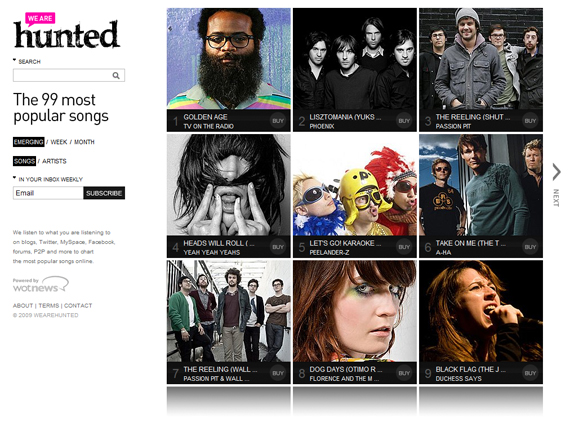 According to a report from CNET, Twitter might be preparing to launch a new standalone iOS music app as early as the end of this month. The report cites “a person familiar with the matter” and claimed Twitter would use technology it acquired through its purchase of music discovery service We Are Hunted to provide a music service dubbed “Twitter Music.” CNET says the service will provide customized content suggestions based on who users follow on Twitter. It would also apparently integrate with SoundCloud and carry Twitter branding unlike the company’s recently launched video sharing app Vine:

Twitter Music suggests artists and songs to listen to based on a variety of signals, and is personalized based on which accounts a user follows on Twitter. Songs are streamed to the app via SoundCloud.

The report provided a breakdown of how the app works, explaining that it will offer suggested songs and artists based on Twitter followers, links to songs people are listening to through the hashtag #NowPlaying, and popular and emerging tracks for trending and newly popular artists:

Twitter Music uses four main tabs. ‘Suggested’ recommends songs and artists based on a user’s follower graph — artists they are following, and artists that other people they follow are following. #NowPlaying brings in links to songs tweeted by people you follow who tweet using that hashtag.

The app has two more tabs: ‘Popular’ brings in songs trending on We are Hunted, and an ‘Emerging’ tab tracks up-and-coming artists.

Twitter apparently acquired the We Are Hunted service some time in the past six months and is using its technology, which tracks blogs, social media, message boards, and more, to provide recommendations for the new Twitter Music service.