Dropbox to buy Mailbox and retain 13 employees, will keep service as stand-alone app 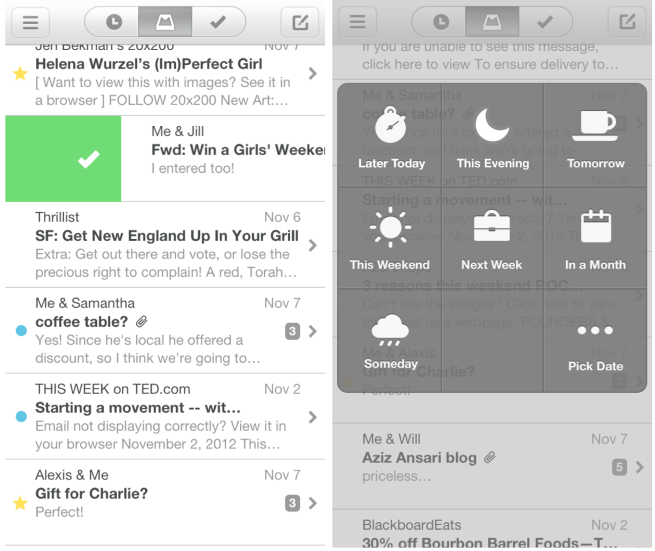 Dropbox announced on Friday it is buying Mailbox, the highly anticipated mail client with a lengthy reservation list from Orchestra, and clarified it will keep the service running as a standalone app.

According to The Wall Street Journal, all 13 Mailbox staffers, which includes former Apple employees, will join Dropbox, although the terms of the deal were not disclosed.

“We felt we could help Mailbox reach a much different audience much faster,” said Dropbox CEO Drew Houston, while explaining how Mailbox’s technology could boost certain Dropbox features.

Dropbox, which has roughly 100 million users and a $4 billion investor-valuation, wants to use Mailbox for email attachments, because the inspiration for the acquisition occurred after the two companies began talking about email attachments in recent months.

Mailbox launched for free in the App Store last month, and it is now delivering 60 million messages a day and has tallied 1.3 million reservations, according to The Wall Street Journal.

Check out 9to5Mac’s Smackdown review for more information on Mailbox.