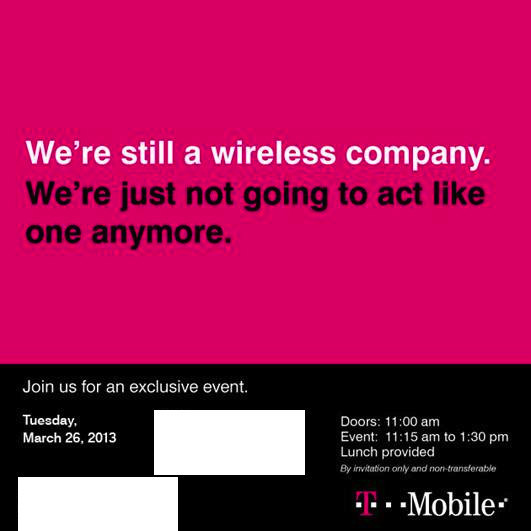 T-Mobile just sent out invites for an upcoming event slated for March 26 in New York, and, judging by the invite itself (above), it appears the carrier will finally announce some official plans for its new no-contract, one-size-fits-all value plans that TMONews happened to learn more about today.

“We’re still a wireless company. We’re just not going to act like one anymore.” 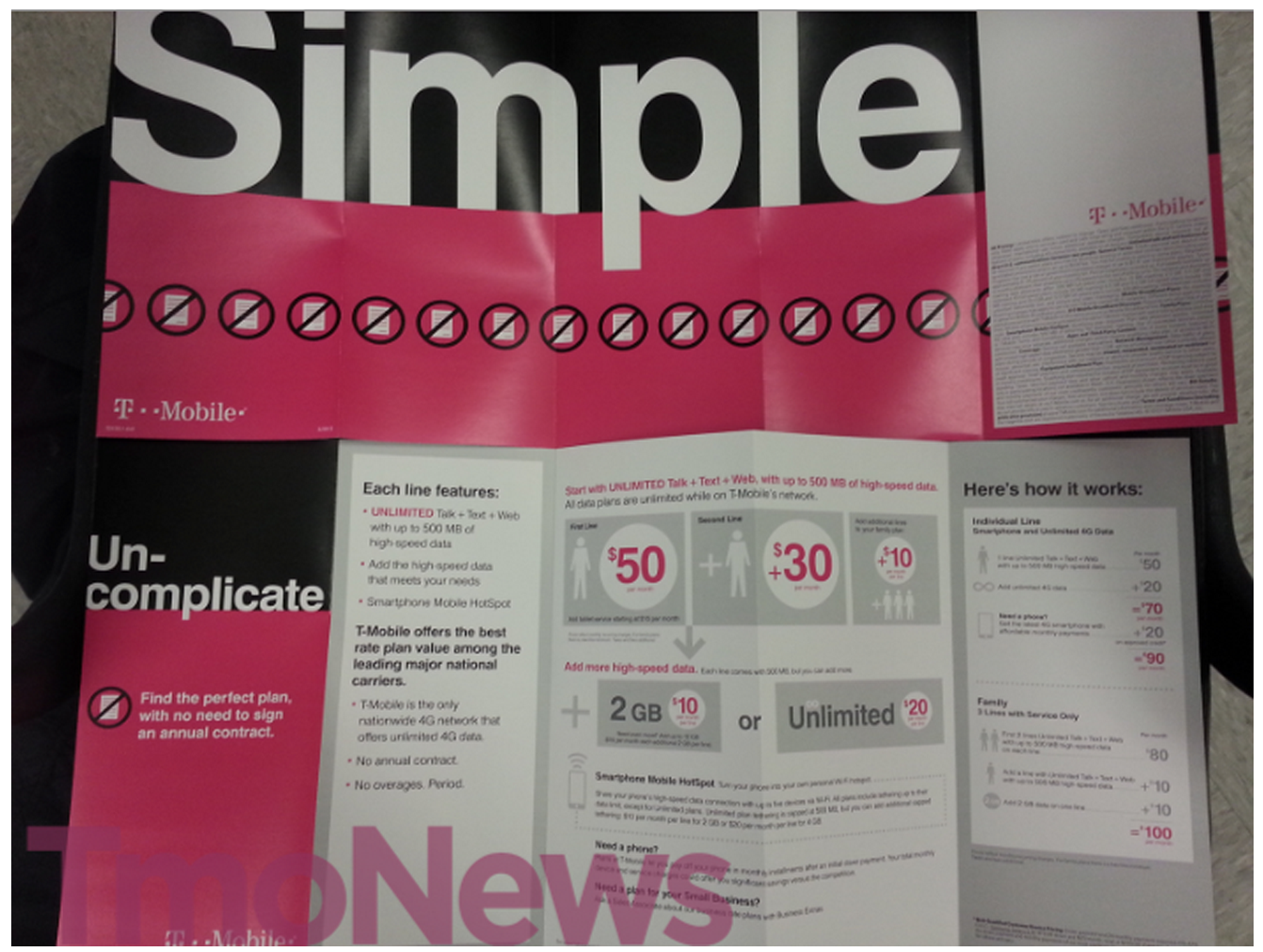 Earlier reports suggested T-Mobile’s new plans could kick in on March 24, meaning it’s likely the event will focus on its new pricing strategy that eliminates annual contracts and fees normally associated with mobile carriers. Of course, the event also lines up with the 3- to 4-month timeframe executives quoted in January for introducing its new no-subsidy strategy in addition to beginning sales of the iPhone. Three to four months would give us a March or April launch, so it’s a possibility that we might get our first glimpse at T-Mobile’s official plans for the iPhone later this month.

T-Mobile USA announced in December that it had struck an agreement with Apple to begin supporting Apple products in 2013. The carrier’s chief executive, John Legere, later told Reuters the company planned to introduce the iPhone, eliminate cellphone subsidies, and introduce new, flexible pricing plans for customers within 3 to 4 months.