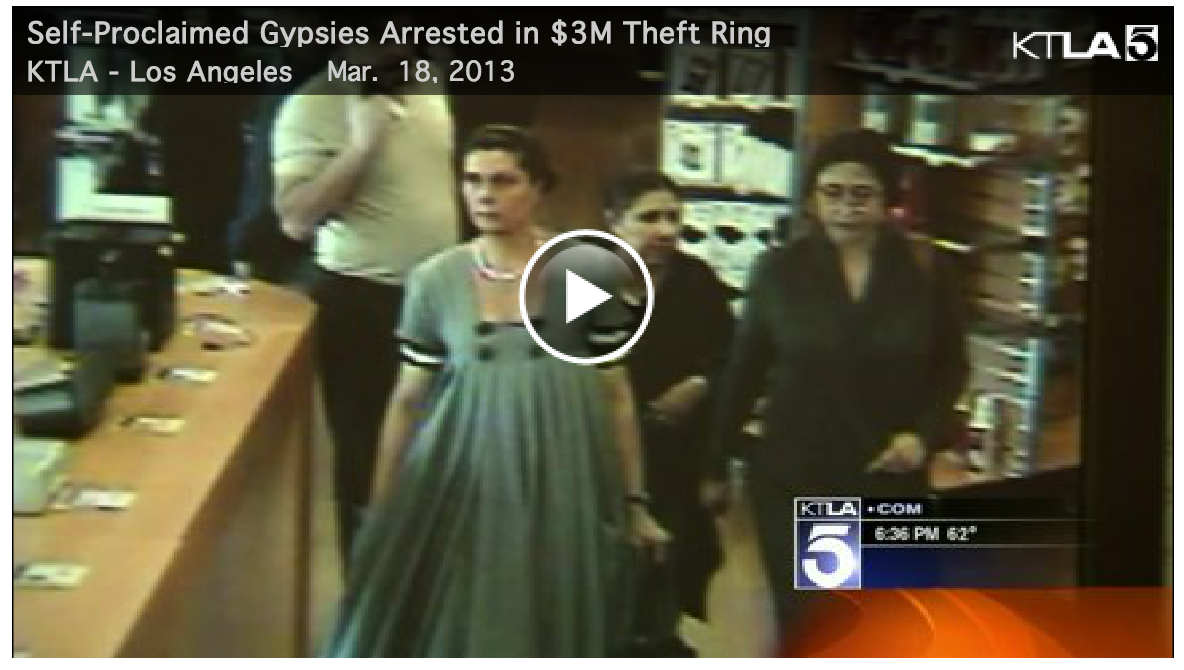 SiliconValley.com reported police in Torrance, Calif. have arrested four suspects claiming to be part of a “Gypsy family” from Poland that is responsible for targeting Apple retail stores and other electronics retailers across the country. The group is accused of stealing around $3 million in property over the last year, and police have so far recovered more than $20,000 worth of Apple products:

During the crime and others like it, the men would stand in a position to block employees from seeing the women behind them. The men selected items from shelves and passed it to the women, who would hide it inside their oversized dresses and overcoats, and purses, Watt said.

Once the suspects were arrested, police recovered more than $20,000 worth of Apple products, Watt said.