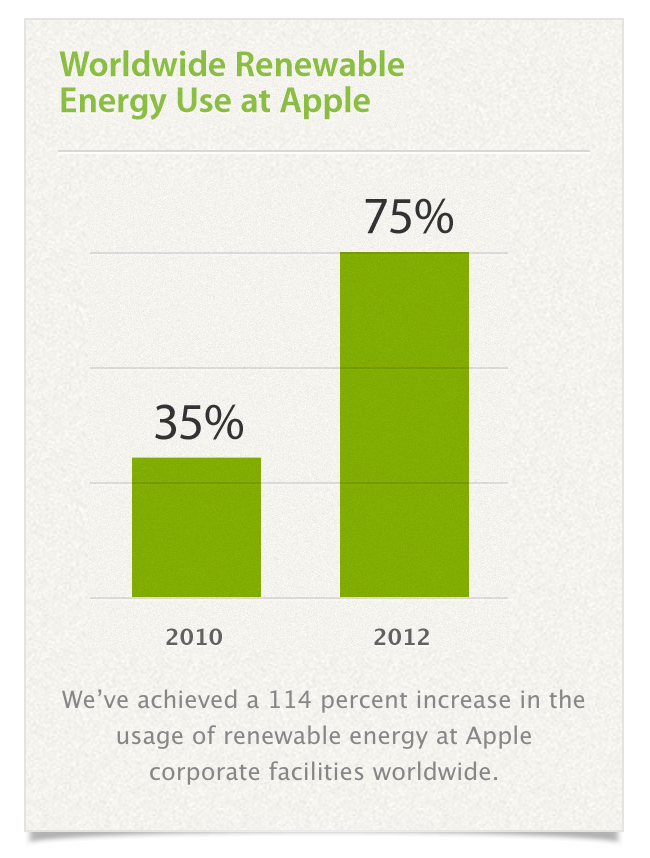 Apple achieves 100 percent renewable energy use in corporate facilities in Austin, Elk Grove, Cork, and Munich; at many sites in Australia; at the Infinite Loop campus in Cupertino; as well as at data centers in Newark, Maiden, and Prineville. Among all Apple corporate facilities worldwide, 75 percent of the total energy used comes from renewable sources — a 114 percent increase since 2010.

The updates from Apple come after Greenpeace and other organizations criticized the company on several occasions over its use of “dirty, 19th-century coal energy.” Greenpeace published its “How Clean is Your Cloud” report in April 2012 followed by dropping Apple’s ranking in its Guide to Green Electronics for “lack of transparency on GHG emission reporting, clean energy advocacy, further information on its management of toxic chemicals, and details on post-consumer recycled plastic use.”

Apple responded to the Greenpeace reports by promising its renewable energy projects will make its Maiden data center “the greenest data center ever built” noting that “it will be joined next year by our new facility in Oregon running on 100 percent renewable energy.”

Apple also reported today that it has cut energy use by 30 percent while increasing occupancy at its headquarters by 12 percent. Apple estimated it produced 30.9 million metric tons of greenhouse gas emissions in 2012, and it saved 93,000,000 kilograms in CO2e emissions through renewable energy and exceeded its worldwide recycling rate of 70 percent.

Apple confirmed in the report that its 100-acre solar farm near its Maiden, N.C., data center became fully operational as of December, and, as expected, its Prineville, Ore., data center will also run on renewable energy—including solar, hydro, and geothermal—once construction is complete.

Apple recently posted the flyover below of its Maiden solar array and Apple’s Scott Brodrick spoke with TheLoop about today’s report.

Apple compares CO2e emissions of its products to the average 60-watt incandescent light bulb below: 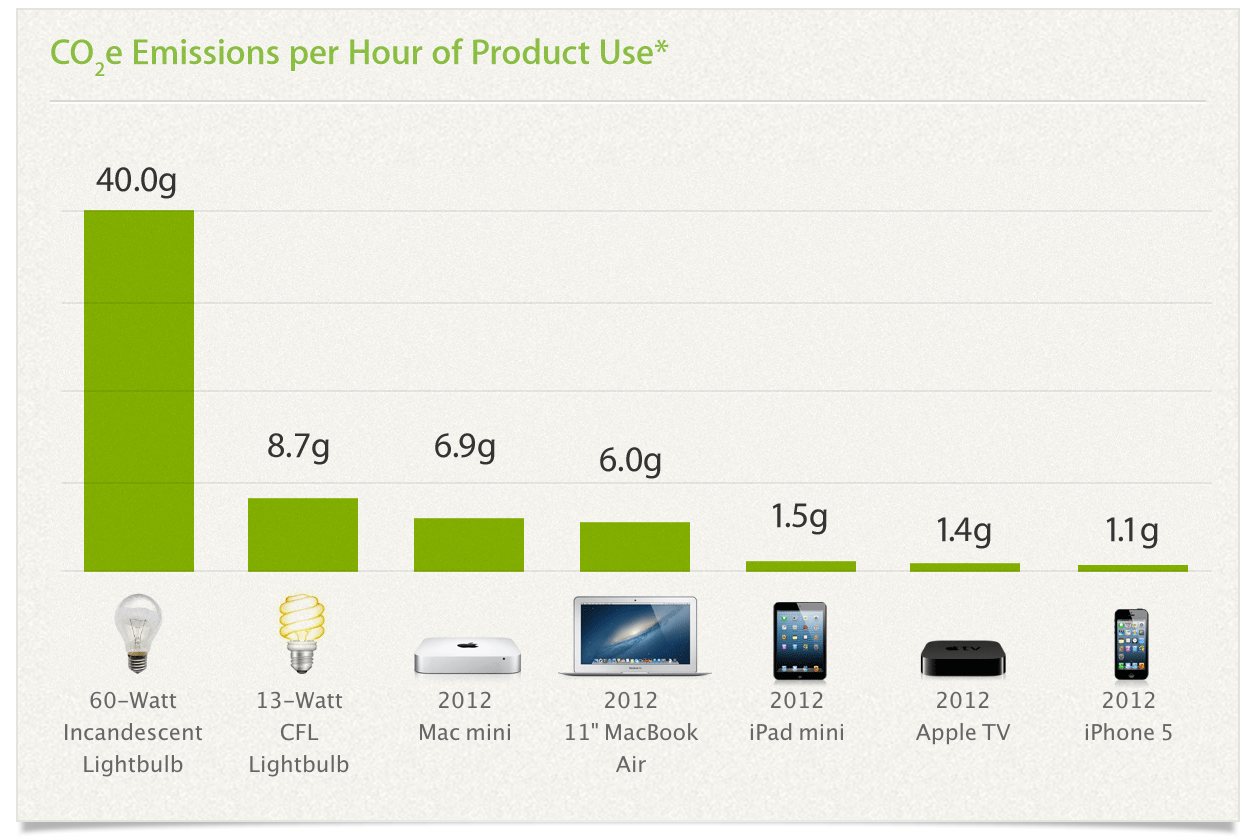