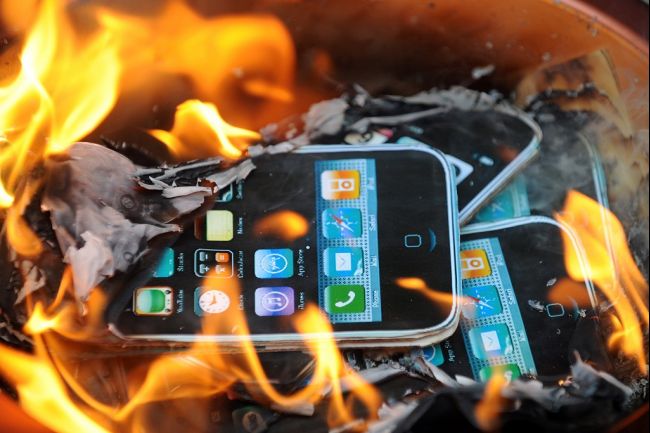 Apple may face an anti-trust investigation in Europe over its iPhone contracts with carriers as it defends itself against separate investigations for alleged price gouging in Australia.

Apple was informed last year that it would be required to attend a hearing by Australia’s Standing Committee on Infrastructure and Communications to explain why its pricing of digital content was higher in Australia than in the United States. The hearing is now underway, as reported by the Sydney Morning Herald, with Apple asked to explain why content sold through iTunes is marked up between 30 and 70 percent higher than in the U.S. Apple is blaming wholesale pricing agreements in the country.

“The pricing of this digital content is based on the wholesale prices which are set through negotiated contracts with the record labels, movie studios and TV networks,” said Mr King, who is Apple’s vice president for Australia, New Zealand and South Asia.

“In Australia, they have often set a higher wholesale price than the price of similar content in the United States.” Mr King said in the digital age “the content industry still runs with perhaps old-fashioned notions of country borders or territories or markets” … He said the price of digital content sold on iTunes in Australia was “comparable to other Australian physical and online stores” and this indicated competitors were offered similar wholesale pricing.

The hearing is looking at Australian pricing across the IT sector, with Microsoft and Adobe also in the dock. Apple’s hardware pricing has also come under fire, though price premiums there have been found to be in the more modest 3 to 10 percent range once taxes and currency differences are accounted for.

Meantime, The New York Times reported that the European Union is considering whether Apple’s contracts with European phone carriers may contravene anti-trust regulations. Several French carriers have reportedly submitted details about their contracts with Apple, although no formal complaints have yet been filed, forcing them to commit to buying large volumes of iPhones if they wish to sell them at all. It is suggested that pressure to sell all of this stock results in carriers pushing iPhones to consumers who might otherwise have been offered competitor handsets.

Some of Apple’s competitors complain that the big purchases Apple requires from carriers strongly pressure them to devote most of their marketing budgets to the iPhone, leaving little money to promote competing devices, said an executive at one of Apple’s rivals, who declined to be named to avoid jeopardizing carrier relationships.

The EC competition commission said only that it was “monitoring the situation,” and the next step is likely to be informal discussions with carriers and Apple before any formal proceedings are considered.