The Wall Street Journal reports that Apple has acquired WiFiSLAM for “around” $20 million. Apple has confirmed the deal, but did not share its purpose for the company. 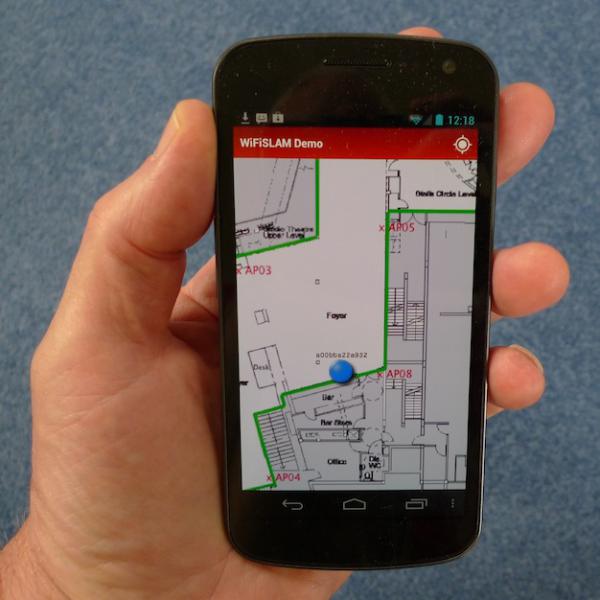 According to a description of the firm, the company has created technology that uses ambient WiFi signals to precisely track the location of a smartphone or other mobile devices.

Allow your smartphone to pinpoint its location (and the location of your friends) in real-time to 2.5m accuracy using only ambient WiFi signals that are already present in buildings. We are building the next generation of location-based mobile apps that, for the first time, engage with users at the scale that personal interaction actually takes place. Applications range from step-by-step indoor navigation, to product-level retail customer engagement, to proximity-based social networking.

Notably, it appears that the technology can be utilized to construct in-door mapping solutions. Google Mapping software already supports indoor maps for a number of venues and buildings, so it would make sense that Apple would want to compete in some form with its own mapping app for iOS devices. The technology seems similar to Apple partner SkyHook which uses WiFi signals and cellular tower triangulation to location Apple devices without the need for a GPS chip.

Business Insider profiled WiFiSLAM in 2011 and a company executive explained some of the finer details of the technology:

Company cofounder Anand Atreya explained how the technology works: users collect the data passively by walking around the building — that means the phone needs to be left on with Wi-Fi enabled, which can affect battery life. Another possible pitfall would be changes in Wi-Fi hotspot locations, although the company notes that most businesses leave their routers in place for a long time after setting them up, and new fingerprints are always being gathered, making updates pretty simple.