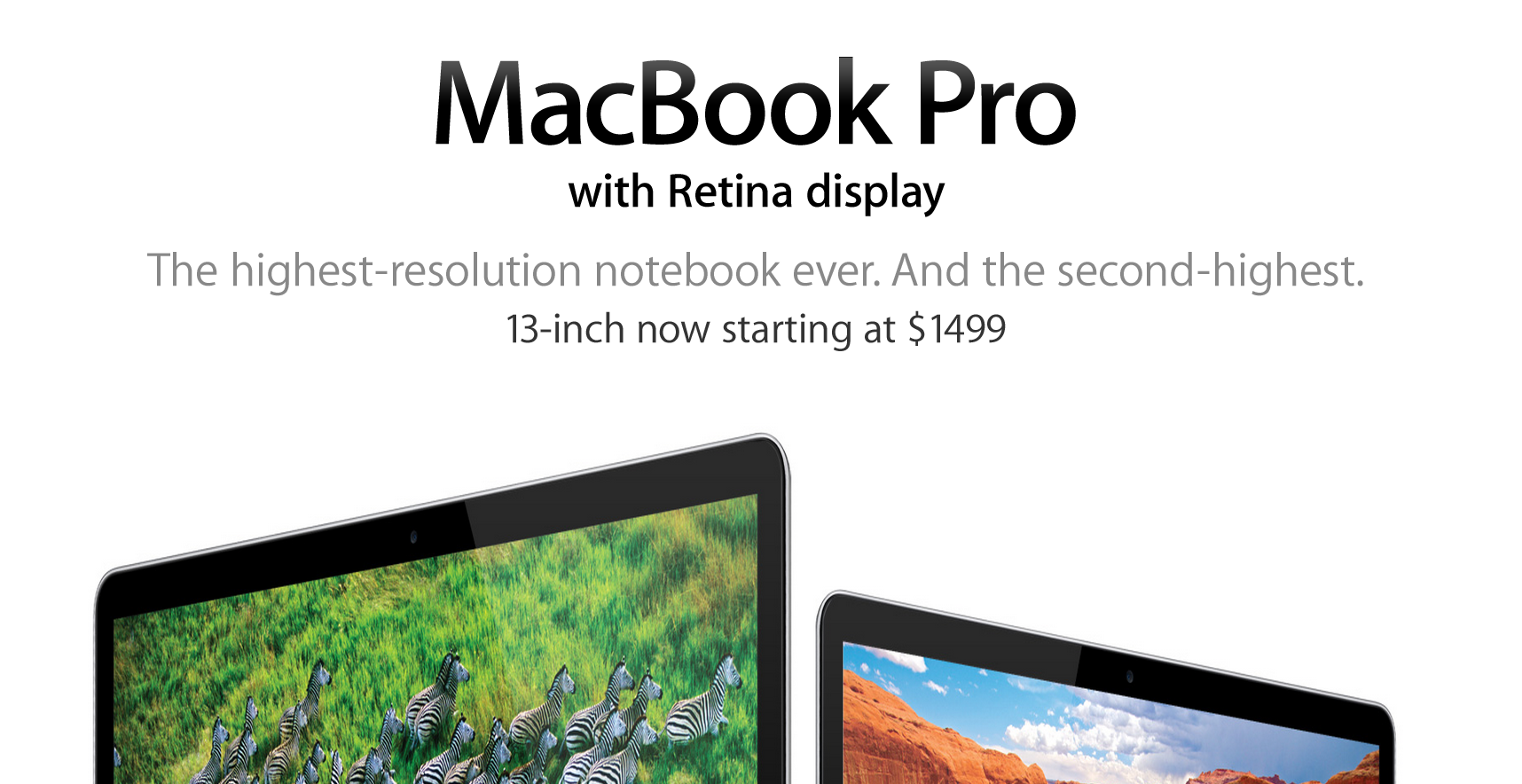 When the 13-inch Retina MacBook Pro arrived, it was the second-highest resolution notebook ‘ever’ even though its 2,560-by-1,600 screen was a relatively diminutive 13.3 inches diagonally. The highest resolution laptop was of course on its big brother, the 15-inch Retina MacBook Pro. Apple made note of it with the tagline on its website: “The highest-resolution notebook ever. And the second highest.”

Unfortunately for the speeds and feeds crowd, Google came along last month and introduced the 12.75-inch screen Chromebook Pixel (review) with a 2,560-by-1,700 display. Say what you will about having a high-end notebook that is exclusively a browser, Google made a higher resolution display than Apple’s 13-incher… and added touch to it.

As of this week, Apple now has a new tagline on its MacBook Pro page that states, “High performance has never been so well defined”(image below). This change reflects the outdated nature of the previous tagline. There is also another copy change below because of the Pixel. 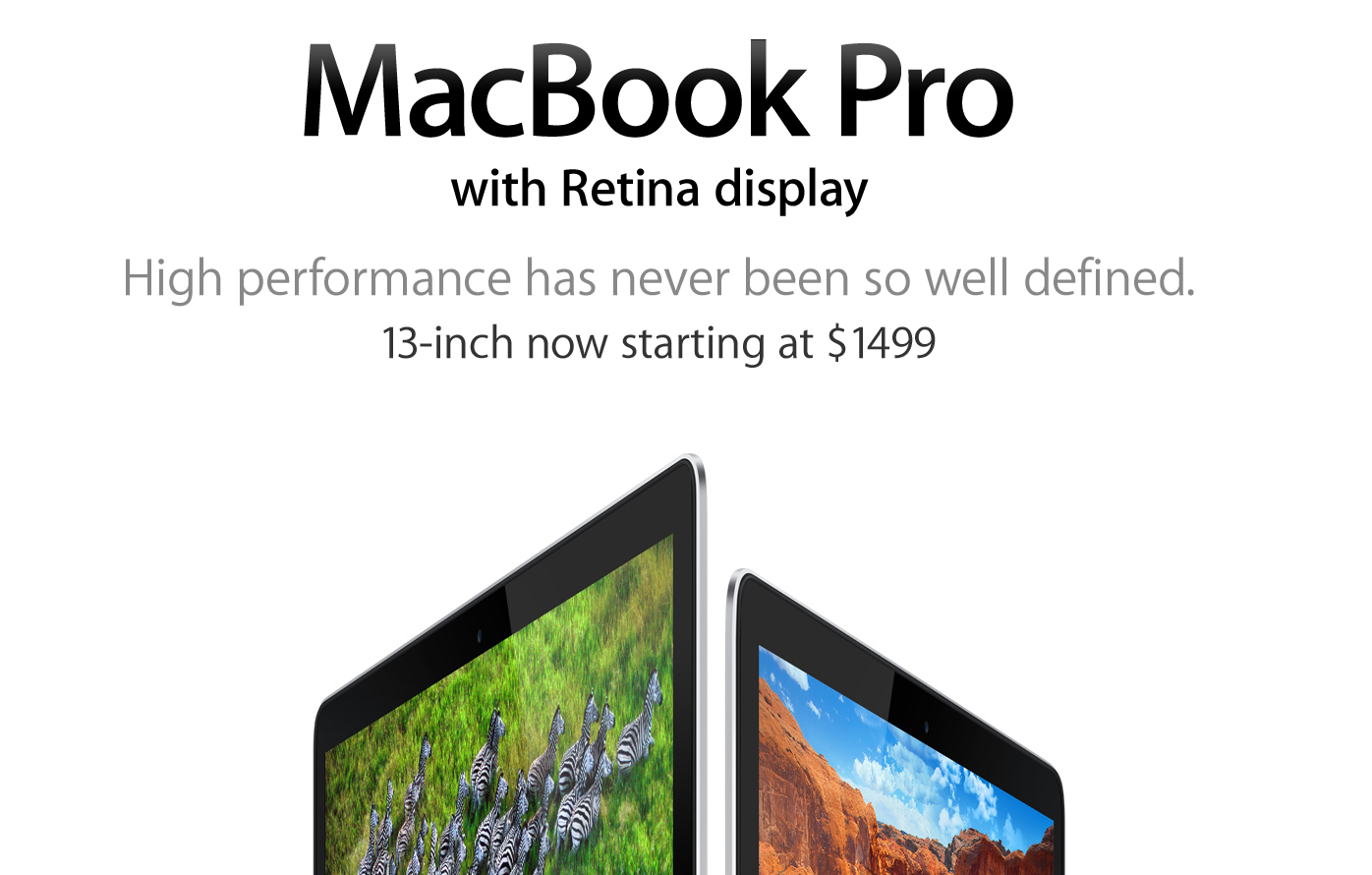 Notable before and after on the Features page as well.