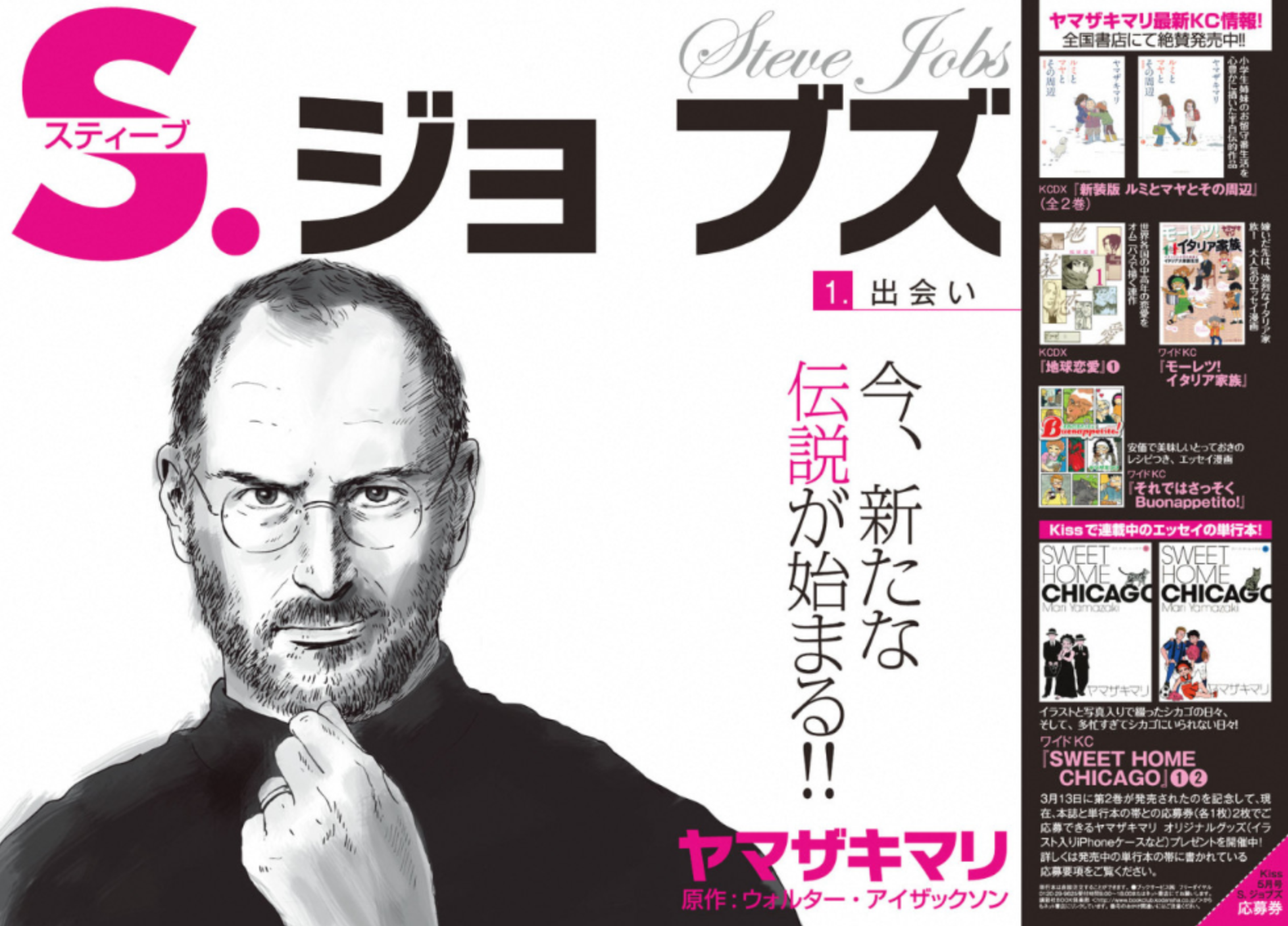 An officially licensed Steve Jobs manga comic series from artist Mari Yamazaki is set to hit shelves today as part of the May issue of comic anthology Kiss, and now a preview of the first chapter has made its way online. Crunchyroll.com pointed us to the preview of the series based on Walter Isaacson’s Jobs biography now available on Yahoo Japan. It can also be viewed below: