Apple’s revenue in and outs 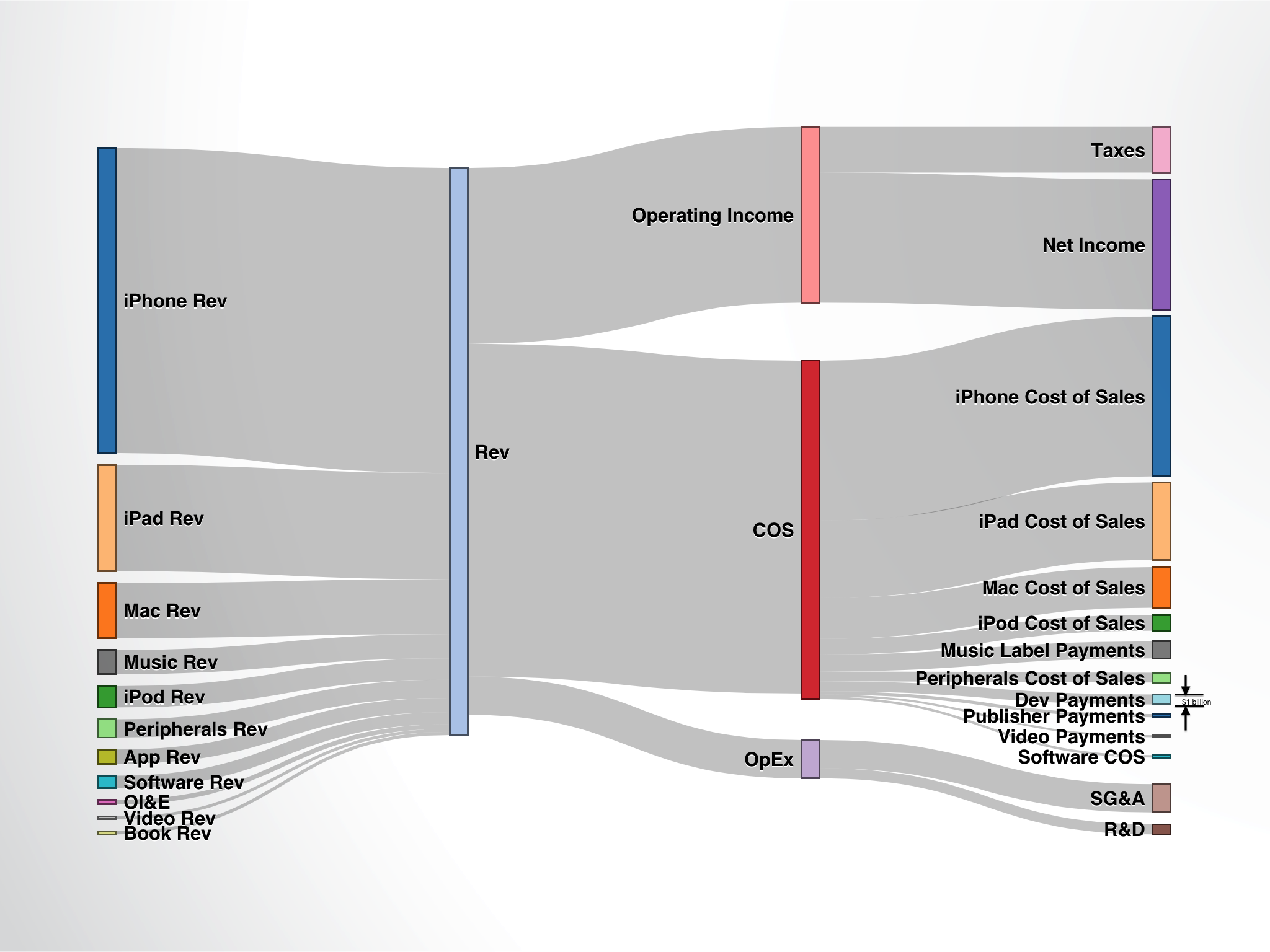 Asymco’s Horace Dediu broke down iTunes’ economy and placed it in context with the entire Apple revenue model.

The excellent diagram above illustrates Apple’s revenues in Q4 2012. The initial stats—$4.6 billion consolidated revenues, $650 million in operating income, etc.—isn’t exactly new information, but, as Dediu noted, it is certainly fascinating to see where Apple’s revenues came from and where they were spent during the quarter.

As for the diagram itself, note “Dev Payments” equals $1 billion—or each vertical pixel represents $50 million—and sources of revenue appear according to size. With this in mind, the diagram depicts iTunes (music, apps, software, and more) as having 7 percent of overall revenues, 10 percent cost of sales, and therefore 4 percent of total operating margin.

The diagram clearly offers much interesting information, such as the visual comparison of iOS device revenues to Mac and other sources, but check out Asymco for an expanded three-year view of the data.