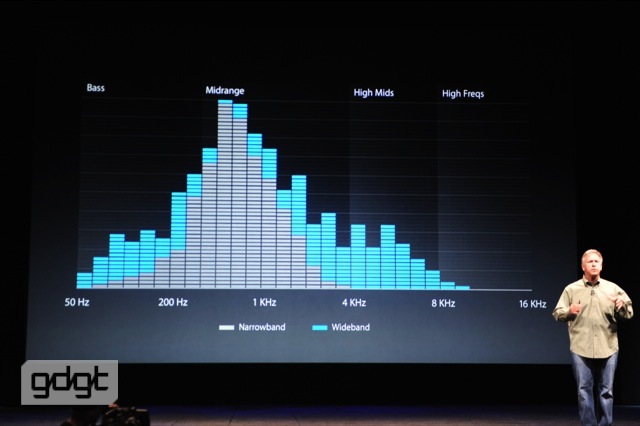 Apple’s iPhone 5 launched with hardware support for the feature last fall, but only around 20 carriers, all international, support it.

T-Mobile, which will begin carrying the iPhone later this month, will become the first U.S. carrier to support it. Seth Weintraub, who attended the T-Mobile iPhone 5 launch event, wrote up some hands-on thoughts regarding the HD Voice/Wideband audio quality:

I tested out the HD Audio, and it sounded great, but it was hard to differentiate in the crowded hall from regular calls. The true test will be when I get to use it with headphones in quiet environments, which we hope to try out in the coming weeks. Also, HD calling only works when both people are using the feature. So, unless all of your friends buy T-Mobile iPhone 5′s, you won’t likely get the opportunity to hear it too often.

Sprint and Verizon Wireless, the other two major U.S. iPhone carriers, are yet to announce plans for an HD Voice rollout. (Image via gdgt).