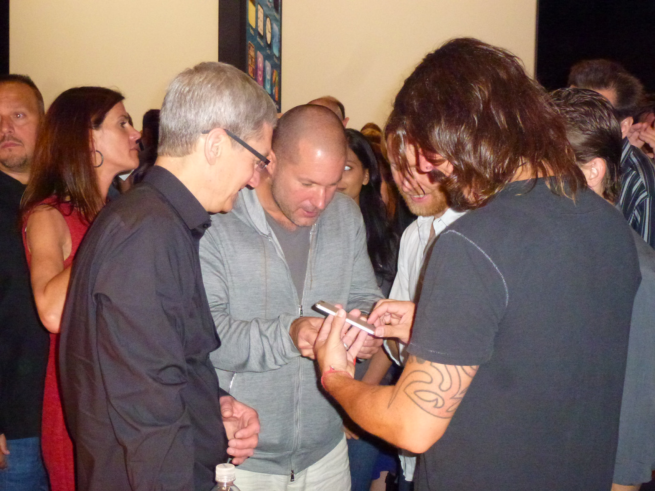 The San Francisco Examiner reports on meetings between San Francisco District Attorney George Gascón and mobile device makers regarding phone thefts. Because Apple’s iPhone was reportedly involved in over half of robberies in San Francisco over the last year, the DA’s office is pushing for Apple and other phone makers to implement a uniform system for disabling devices that have been reported stolen. Publicizing this proposed technology would help reduce thefts, the DA believes.

Because the iPhone is at the center of the issue, Gascón met with Apple’s Government Liaison. The conversation with this person, Michael Foulkes, is described as “underwhelming:”

“It was very underwhelming,” Gascón said about the hourlong talk with Apple’s government liaison, Michael Foulkes. “He did most of the talking. It was incredible. He would just go on and on, one subject to the next. It was hard to follow. It was almost like someone who’s been trained in the art of doing a lot of talking and saying nothing.”

Foulkes also reportedly told Gascón that researching the proposed technologies would be “long and laborious.”

Since 2009, Apple has shipped software called “Find my iPhone” that makes it easy for users to locate and wipe their iPhones, iPads, iPod touches, and Macs via location-based software.

An interesting tidbit from the interview is that Foulkes hints that Apple has already completed work on the next two generations of the iPhone. He also said the development of the next two iPhones “preceded Tim Cook”:

Gascón said Foulkes discussed the long and laborious process of researching and producing a kill-switch technology for devices, and also said the next two generations of iPhones have already been developed. “They preceded Tim Cook,” the district attorney said he was told of the future iPhones.

This likely means that the next two iPhone models were developed under Steve Jobs.

It is unclear if these two iPhone models refers to the iPhone 5S and cheaper iPhone variant already rumored to launch this calendar year or the next two years of iPhone generations. (Image via Flickr).