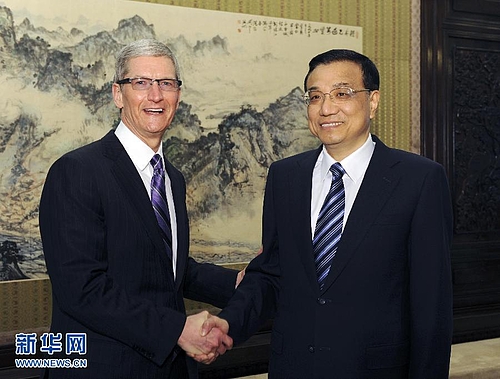 One of the media outlets that has now changed its tune is tabloid the Global Times, a newspaper published by the Communist Party’s People’s Daily, while government officials are also praising Apple for its decision:

The company’s apology letter has eased the situation, softening the tense relationship between Apple and the Chinese market … Its reaction is worth respect compared with other American companies,” wrote popular tabloid the Global Times

“We approve of what Apple said,” spokesman Hong Lei told a daily news briefing on Tuesday.

Apple decision to relatively quickly address the problems and change its warranty policies to reflect the concerns of customers in China is seen by many as proactive approach to combatting negative, state-controlled press in one of its most important markets—and it appears to be working.