Facebook CEO Zuckerberg talks travails of iOS integration, answers are ‘above his paygrade’ 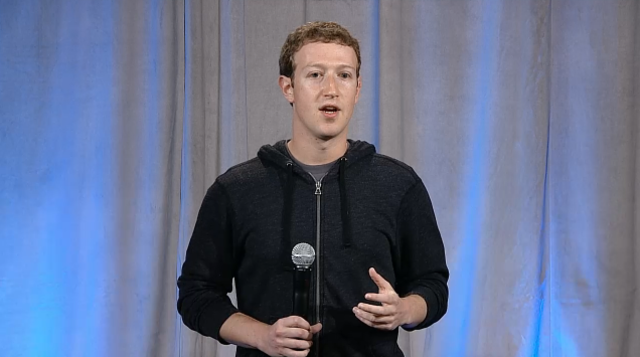 Facebook introduced the HTC First with Home for Android today, and now CEO Mark Zuckerberg is doing the press rounds and discussing everything from “Facebook phone,” building for Android, Google’s reaction to Home, and even why iOS was left in the dark.

During the unveiling event, Zuckerberg described building Home for Android as “smooth,” because the platform is open and does not require any Google intervention, where as Home for iOS would require a direct partnership with Apple.

In a wide-ranging interview at Wired.com this afternoon, Zuckerberg gave a more detailed explanation on why Facebook launched Home for Android phones instead of iOS, as well as why the company ditched the idea of building a phone directly:

Why not just build a phone?
I’ve always been very clear that I don’t think that’s the right strategy. We’re a community of a billion-plus people, and the best-selling phones—apart from the iPhone—can sell 10, 20 million. If we did build a phone, we’d only reach 1 or 2 percent of our users. That doesn’t do anything awesome for us. We wanted to turn as many phones as possible into “Facebook phones.” That’s what Facebook Home is.

It’s only available on Android phones. Isn’t it ironic that your mobile strategy is now tied to Google’s operating system?
“We have a pretty good partnership with Apple, but they want to own the whole experience themselves. There aren’t a lot of bridges between us and Google, but we are aligned with their open philosophy.”

So do you think in, say, two years you will have this on the iPhone?
“That’s above my pay grade to be able to answer that.”

That’s a pretty high pay grade.
“Look, I would love for that answer to be yes. Facebook is in a very different place than Apple, Google, Amazon, Samsung, and Microsoft. We are trying to build a community. We have a billion folks using our services now, and we want to get to 3 or 5 billion one day. We’re going to do that by building the best experience across all devices. Android is growing quickly, and we’re excited that the platform is open and that it allows us to build these great experiences. I think that this is really good for Google too. Something like this could encourage a lot of people to get Android phones, because I think people really care about Facebook. In a lot of ways, this is one of the best Facebook experiences that you can get. Of course, a lot of people also love iPhones—I love mine, and I would like to be able to deliver Facebook Home there as well.”

Zuckerberg also talked with Fortune.com today about Google’s reaction to Home and what it’s like working with Apple:

On what Google will think of Facebook’s use of the open Android platform:
“I’m not sure how they’re going to react.”

On working with Apple:
“They really control the operating system… Android is different because it’s a much more open platform.”

On Google vs. Apple in mobile:
“I think that Google has this opportunity in the next year or two to start doing the things that are way better than what can be done on iPhone through the openness of their platform. We’d love to offer this on iPhone and we just can’t today. And we will work with Apple to do the best experience that we can within what they want, but I think that a lot of people who really like Facebook–and just judging from the numbers, people are spending a fifth of their time in phones on Facebook, that’s a lot of people. This could really tip things in that direction. We’ll have to see how it plays out.”