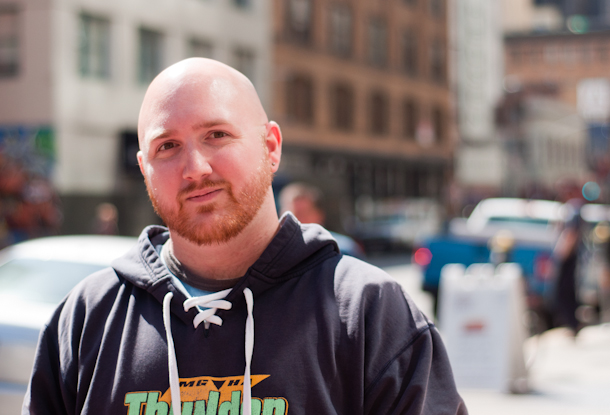 Cory Moll, an Apple retail employee who founded an unofficial union for Apple Store staff, is leaving the company tomorrow, having apparently resigned.

Moll founded the ‘Apple Workers Union’ as a Facebook page and now-defunct website, describing it as “a movement of empowerment to bring change and improvement of working conditions to Apple’s retail stores” in response to what some employees felt to be low pay and limited opportunity for advancement.

Moll tweeted earlier today  that tomorrow would be his final day. In an email to 9to5Mac and others, he said:

I wanted to share that Friday, April 19 will be my last day at Apple. I’ve been in the service industry for 15 years, and at Apple since October 2007. I feel that the time has come to go explore the world, discover new opportunities and learn new skills. To those of you who’ve I’d had the pleasure to talk with about the Apple Workers movement, thank you for helping spread the word with your reporting. It’s truly helped bring change to Apple in the way that workers are treated and respected, both in our stores and also at our various worksites around the world.

It’s not known why Moll is leaving earlier than he’d initially indicated, but it’s likely due to him breaking a toe yesterday at work (accidentally, we assume …). 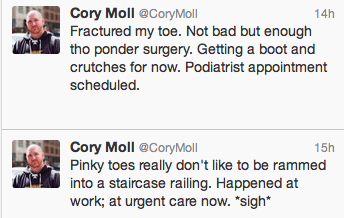 A follow-up tweet said that it “has been an amazing privilege to work with such awesome people. Enriching lives is what we do, and I feel mine has been enriched too.”

Despite Apple’s somewhat chequered record, with changes introduced by short-lived retail head John Browett later described as a “mistake,” Apple says that its year-on-year retail staff retention is 90%, a rate “unheard-of in the retail industry”.

It is expected that Moll will be ‘clapped out’ of the store, a tradition for long-standing employees leaving the company, where other staff in the store give them a round of applause as they leave the store for the last time.