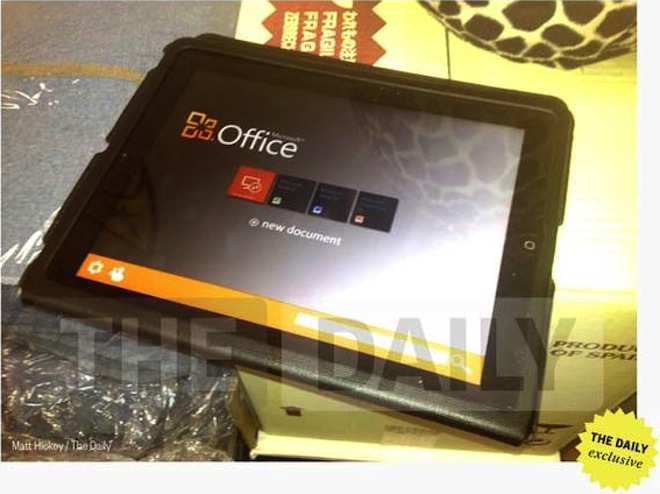 Since we first heard rumors that Microsoft was working on Office for iOS as far back as 2011 and got a look at alleged leaked images of an iPad app that Microsoft later denied were real, every couple of months we’ve seen reports that say the app is coming soon. First it was November 2012, then early 2013, and others claimed “sometime after” March 2013. The latest rumor: Microsoft has Office for iPhone and Android is scheduled for fall 2014.

ZDNet claims to have got its hands on Microsoft roadmap for next year and says on it is “iOS/Android support for Office”:

Also on the roadmap for fall 2014 is what’s listed as iOS/Android support for Office. One would assume this is the expected and widely rumored Office for iPad release. It could, however, be Office for iPhone and Android phone, given that it’s not listed on the roadmap as being tablet-specific. The most recent rumors/expectations have been that Microsoft may be making these mobile iOS/Android versions of Office available as part of an Office 365 subscription of some kind. The alleged roadmap makes no mention of an Office 365/subscription tie-in. It only mentions “iOS/Android” as a Gemini Fall 2014 deliverable.

Microsoft itself has dropped a couple hints at mobile support for Office including these job listings and references to Excel and Powerpoint on iPhone from last year. However, Microsoft CEO Steve Ballmer didn’t seem to interested in talking about iPad support for Office back in January.